Let’s hope that it did.

Did the Administration Out-Maneuver Itself on Iran Deal, Spelling its Defeat?

The Iran Nuclear Agreement Review Act placed requirements on the Administration which it failed to meet. Game over for them?
By: Lori Lowenthal Marcus
Published: September 8th, 2015 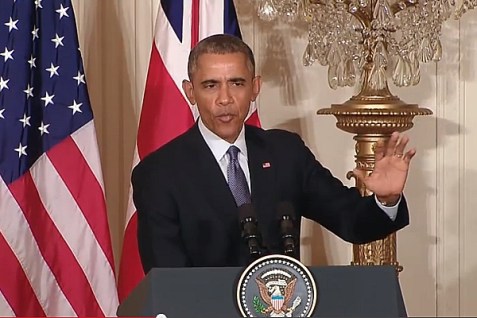 There are ways for Congress to block the current Nuclear Iran Deal, despite the numbers game everyone is engaged in. There are ways, but is there the will? The answer seems to be “yes” for opponents, all except the current members of Congress, none of whom seems to be ready to lead the fight where it’s needed: in Congress.

Ever since U.S. President Barack Obama’s Nuclear Iran Deal racked up the 34 Senators who will ward off efforts at a veto override, many people folded the deck and moved on to the next issue.

Even people adamantly opposed to the Joint Comprehensive Plan of Action hammered out by Iran and acquiesed to by Secretary of State John Kerry and his negotiating team are acting as if, literally, it’s a done Deal.

There are currently circulating several proposals to send the negotiators back to the negotiating table. All of them rely on straight readings of the law. In fact, it is the administration that already voided the deal by failing to follow the procedures laid out in the Iran Nuclear Agreement Review Act of 2015.

As McCarthy first pointed out on Sept. 5  in the National Review, and as Rep. Mike Pompeo (R-KS-4) and attorney David Rivkin pointed out in a Washington Post op-ed published on Sept. 6, the very first section of the INARA requires the president to provide Congress with the JCPOA, “including all related materials and annexes.’

Congress should have been given all information about the agreement, including that information which we now know is contained in the secret side deals, neither of which the President nor his negotiating team informed Congress existed. It was only by chance that Sen. Tom Cotton (R-AK) and Rep. Pompeo learned of the existence of those side deals from International Atomic Energy Agency employees in July, while meeting with them in Vienna.