Tundra Tabloids’ correspondent, Stefan, informs me of a colleague in Hungary by the name of Márton, who wrote about the “refugee” fiasco taking place in Budapest, and received permission to share it with my readers. Márton lives in Budapest.

Illegal immigrants travelling happily across Europe closely and carefully covered by the media. 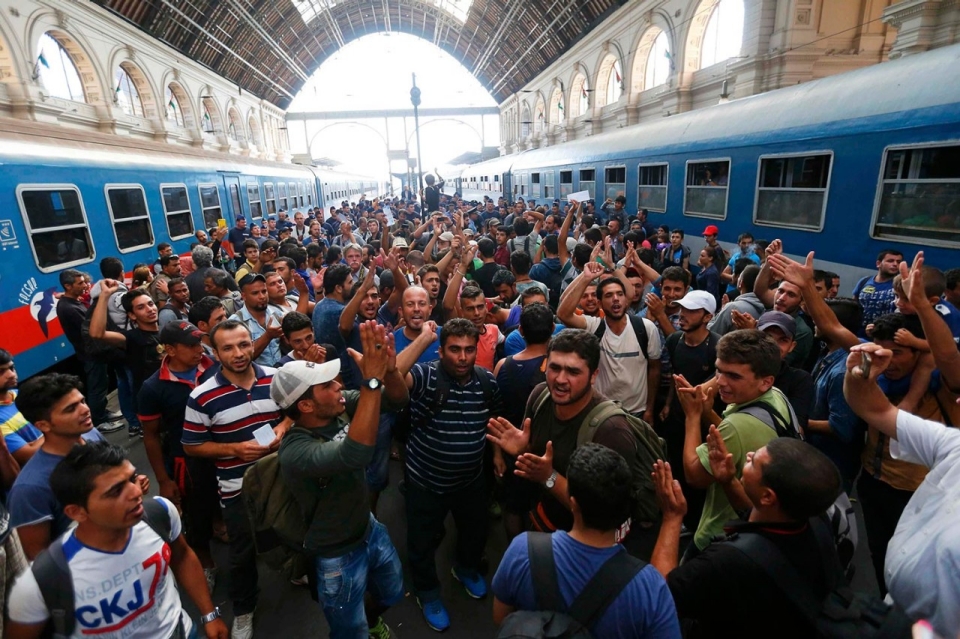 “….This is what I saw and see: in the summer, only about 150-200 illegal immigrants entered Hungary daily. They must have reached their destination by now. They were mainy young or middle-aged men with no luggage or personal belongings. They were wearing brand new and expensive clothes (some of them were quite spectacular wearing a pinstriped suit in the summer heat), their white Nike trainers were shining in the dark. I have no idea where they got their money from.

I spent a day in Eastern Hungary in Debrecen, a county town, and saw some of them at the railway station. Some of them took the train to Budapest, and then to Vienna probably, some of them simply took a taxi, because they had the money for a 3-400-km-long journey to the western border. I couldn’t believe my eyes!

The situation gradually got worse. First, there were only these rich-looking men hanging around the train stations in Budapest (the capital, this is where I live), now there are all sorts with women and children among them. Even babies were born in one of the railway stations where the crisis is at its peak! The problem with these people is that they refuse to register as asylum seekers, because they are afraid that they will have to stay here instead of Germany if they were registered on EU-soil here first (this is what we, Hungarians are really afraid of too, by the way…).

Many of them even has a train ticket to Munich, but without registration they are illegal immigrants whom the police cannot let go further. Violence is growing, they fight with each other, there has been killings (they stabbed each other), and one of them stabbed a Hungarian pedestrian in broad daylight without any reason (at least the security camera shows no signs of provocation). Our hospitals have no information whether these people have received the necessary vaccines os when an immigrant completely covered by blood was taken to hospital, the ER-nurses had to face the risk of Hepatitis or AIDS. They have no papers, so we have no idea who they are, but they have already got wind of that they have to say that they are Syrians. It is so striking that suddenly everybody became Syrian.

Yesterday the refugees decided to walk to Vienna, so they left the railway station and paralyzed the traffic for hours. They went on walking on the motorway without proper clothes. Until yesterday, we had temperatures up to 30-32 degrees, but the weather suddenly turned colder and rainy, so buses were sent for the refugees, and finally the trains started taking them to the border. This is the new style in open human trafficking: Illegal immigrants travelling happily across Europe closely and carefully covered by the media.