One can feel sympathy for anyone fleeing chaos and death, but as Mimosa (directly below) observes, how can this man leave his family where he supposedly not only fears for his own life, but ”also for theirs”? What kind of man leaves his family in that kind of situation?

Also, what about the tens of thousands, if not hundreds of thousands, if not tens of millions of people with similar stories, are they all to be allowed in as well? Just on their say so? Many people are not thinking any of this through, you simply cannot take in huge hordes of people from areas of war, not knowing their actual circumstances, and expect that the situation can continue on indefinitely without any kind of repercussions.

H/T: Mimosa Koiranen on Facebook: “Afraid for his own life, but leaves his family there from where he escaped for his life. Like, huh?”

Iltalehti met with an Iraqi man in the center courtyard where he was applying for asylum , who also hopes that the situation is very temporary one. 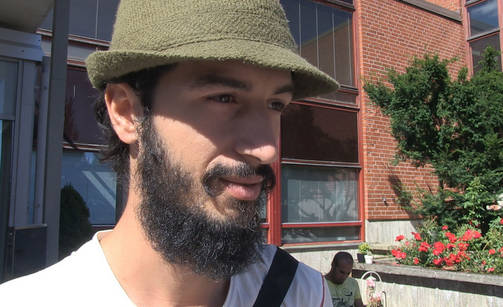 The rest of the man’s family, namely his wife, daughter and parents, are still in Iraq.

Although he is not dissatisfied with emergency shelters:

– I am fleeing people who are trying to kill me, he says.

The man says he left his homeland just after the war, because he feared for his life. The tough journey from Iraq to Finland lasted about a month. The man’s route traveled from Iraq to Turkey, where he managed to travel by boat to Greece and from there to Eastern Europe. Finally, he arrived in Germany, Denmark and to Finland via Sweden.

The man praises Finland for the fact that here they seem to respect the long-distance traveling refugees. Elsewhere the attitude has not been as respectful.

– In Greece, we were beaten, the man says in a quiet voice.

The rest of the man’s family, namely his wife, daughter and parents, are still in Iraq. He hopes to get her daughter soon safely to Finland. He says he dreams of peace, and shows a dangling symbols of peace on his wrist .

– I hope that my family’s here soon. This year or next year, I look forward to it. I just want a future for my daughter.

NOTE: And to think that only 25 years ago, people were upset over 15 000 Somalis crossing over the border after the Soviet Union imploded. Today’s politicians are setting up the civil society for a major calamity, and it’s all from their own doing.