Yet again another example of Islamic supremacism imposing its ideology and an appeasing Western agency kowtowing to their demands.

Ramadan 2015: What employers must to do help their fasting Muslim staff 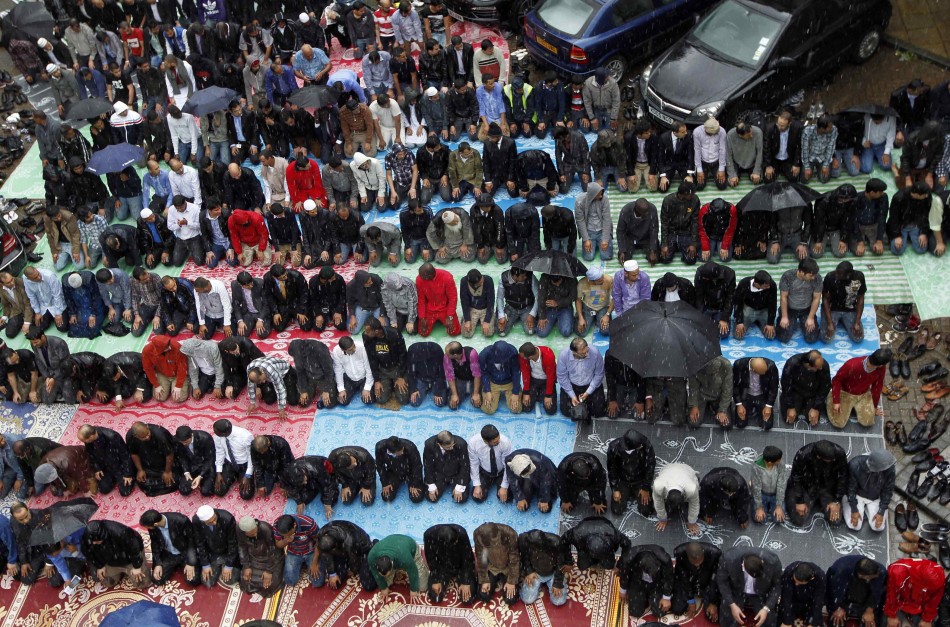 Ramadan is one of the five pillars of Islam, so it is an important time for every practising Muslim. It is a 30-day period of reflection and includes fasting in the hours between dawn and sunset. That means no food or water can pass the lips of a Muslim during those hours, with a few exceptions such as young children and the ill, until the end of Ramadan – called Eid al-Fitr.

The holy period falls in the ninth month of the Islamic calendar and its timing changes every year. In 2015, it starts on 18 June and falls during the English summer – meaning it could put extra pressure on those fasting because of the long, warm days. And there are additional prayers in the evening that can disrupt sleeping patterns for Britain’s 2.78 million Muslims.

There are British laws against religious discrimination in the workplace. But European human rights law is also at play here. Though there are no specific cases involving Ramadan, a Christian British Airways employee brought one particularly high-profile religious discrimination case. BA had told her to take off her crucifix jewellery, which she challenged. She lost in a British court only for a European one to overturn the decision.

There may be reasonable grounds on which an employer draws a line. For example, an activity integral to the business but which allowances for a certain religious practice would compromise. But the law expects employers to be mindful of their religious staff. And firms must give evidence of why they cannot be if they choose not to accommodate their beliefs.