ISIS Supporters in Gaza Claim They Launched Rocket on Israel 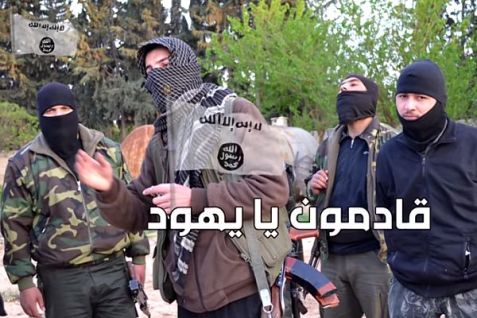 Islamic State (ISIS) supporters have claimed responsibility for the Grad rocket attack north of Be’er Sheva last week and have issued a 48-hour ultimatum to Hamas to halt its crackdown against them.

The Islamic Jihad originally said it was behind the missile attack, the first beyond the Gaza Belt area since the war against Hamas last summer.

It is not known if the ISIS cells in Gaza are directly linked to the parent organization, but the fact that they have claimed responsibility for the rocket attack indicates they are active are staging a propaganda campaign to attract more recruits.

They have not said what they will do if Hamas does not “withdraw the attacks” against them” in two days, but Hamas clearly is worried.

It has set up checkpoints within Gaza City the past month following several explosions that have been attributed to ISIS cells.

Jihadists blame Hamas for being “soft” on Israel and for not imposing Islamic law on Gaza.