Without any western move to oust them, who will out them? 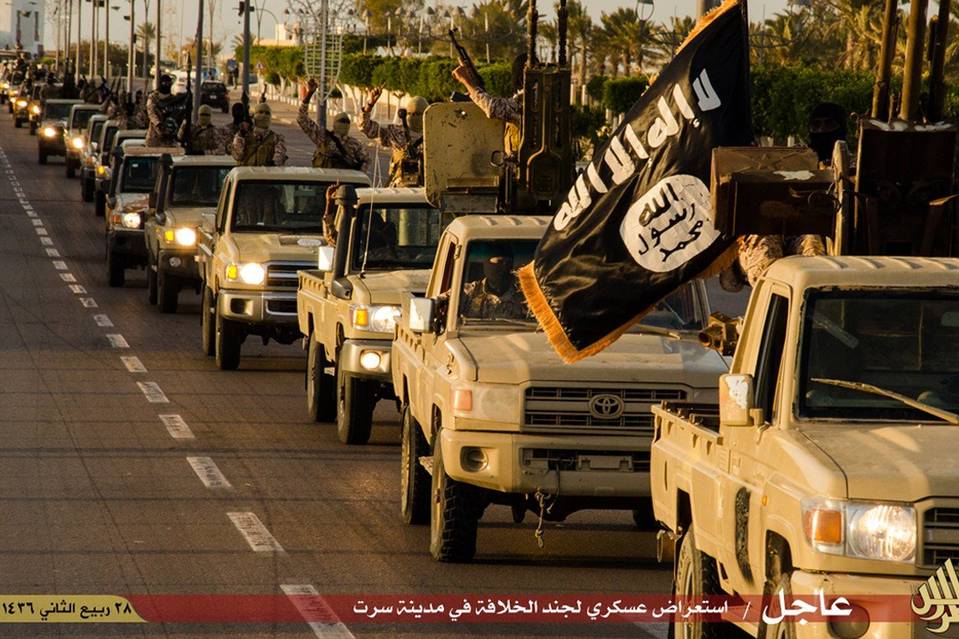 An image made available by an Islamist media outlet in February purports to show Islamic State militants parading in the Libyan coastal city of Sirte. PHOTO: AGENCE FRANCE-PRESSE/GETTY IMAGES
By DION NISSENBAUM and MARIA ABI-HABIB

Islamic State leaders in Syria have sent money, trainers and fighters to Libya in increasing numbers, raising new concerns for the U.S. that the militant group is gaining traction in its attempts to broaden its reach and expand its influence.

In recent months, U.S. military officials said, Islamic State has solidified its foothold in Libya as it searches for ways to capitalize on rising popularity among extremist groups around the world.

“ISIL now has an operational presence in Libya, and they have aspirations to make Libya their African hub,” said one U.S. military official, using an acronym for the group. “Libya is part of their terror map now.”

Islamic State’s growth as a powerful anti-Western force has militant groups throughout the world trying to latch onto its notoriety. But until recently, affiliates have operated with a great degree of independence and there was little evidence they were taking orders from the group’s core leadership in Syria and Iraq, American officials said.