There is nothing that these two marxist radicals won’t stoop to. US Orchestrated Anti-Bibi Bomb May Bite its Backers 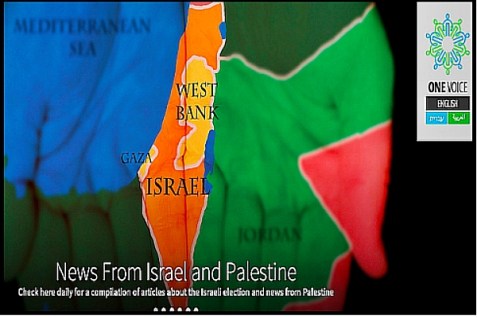 The website of the parent entity of the anti-Bibi US-style political campaign in Israel, V15.
Photo Credit: screen capture

He was the notorious American gangster who met his downfall by the inelegant and unexciting – but sometimes deadly – U.S. tax code. So, too, may be the ultimate fate of the ubiquitous and well-funded Obama-style campaign machine gunning for Netanyahu, known as V15.

That entity and its creators are barred under US tax law from attempting to achieve its two stated goals: defeating Israeli Prime Minister Netanyahu and changing Israeli law in order to create a Palestinian State.

For some reason the fact that V15 is an avowed effort to oust Netanyahu did not raise enough eyebrows when it was first announced.

The lack of sustained attention back in January caused some to scratch their heads. That V15 was run by the same folks, and in the same style, as U.S. President Barack Obama’s notorious street theater, in your face, take no prisoners-style campaign director,Jeremy Bird; that its financial, emotional and political source received hundreds of thousands of dollars from the U.S. State Department; and even though that same source is an entity which has tax exempt status in the U.S. – which means it cannot fund projects to either support or defeat a political candidate in the U.S. or anywhere else, did not lead to a long media shelf life.

The first two issues should have drawn attention to V15 not because political operatives are barred from selling their strategic skills – that is, after all, the nature of their job – but because it was so odd for someone like Bird to come all the way to Israel to sell his skills. Bird is not Jewish, and his only apparent connection to Israel was working for an anti-Israel American radical activist back in his graduate days.