So this is how YLE took to spinning Bibi’s speech, it was ”controversial” and compared Iran to the Persians in the Bible’s book of Esther.

NOTE: Here is how you write up a story : J.E. Dyer: The two key aspects of Netanyahu’s speech (Video):

Netanyahu’s controversial speech the US Congress:Iran is a threat to the whole world

Israeli Prime Minister compared the Iranian nuclear program threat with the Old Testament conspiracy described in the book of Esther. 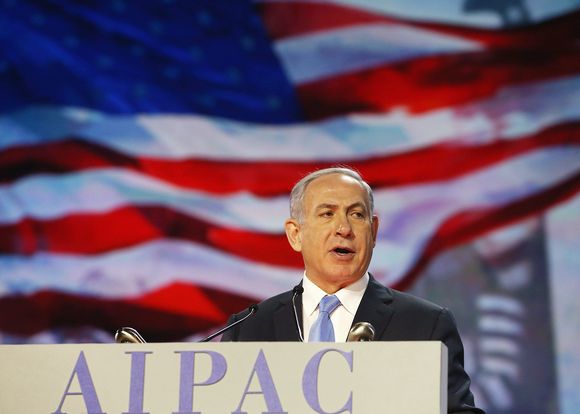 In his visit to the United States, Israeli Prime Minister Benjamin Netanyahu has drawn a parallel between the Iranian nuclear program with that of the conspiracy described in the Old Testament book of Esther of the destruction of the Jews. According to Netanyahu Iran is now trying to do the same.

According to Netanyahu, the Iranian leadership is not a threat only to the Jews, but it is also a threat to the whole world. In his opinion, the proposed agreement on resolving the nuclear dispute would not prevent Iran from acquiring nuclear weapons. Public information circulating on the proposed agreement would initially freeze Iran’s nuclear program, but later would give the country the right to develop the program gradually.

Israeli Prime Minister believes that Iran remains a threat to the United States, although it now acts against Isis extremists.

– To defeat ISIS and let Iran get nuclear weapons would be to win the battle, but lose the war.

Netanyahu initially fretted in his speech  that his appearance before Congress has been interpreted as a political.

– It was never intended, Netanyahu assured and thanked President Barack Obama in his support of Israel.