Something for those Israelis pondering about moving to Germany to think about. 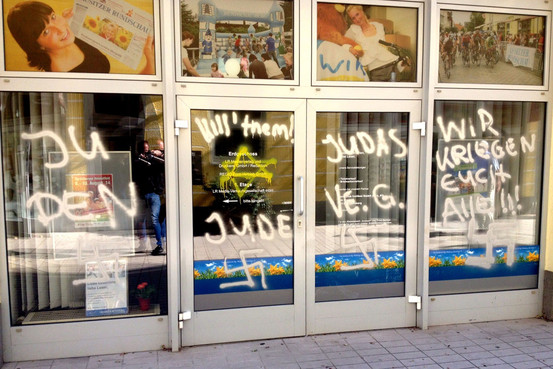 Understanding exactly where Islamic antisemitism stems from, Islamic texts, is crucial to understanding what we witness on a daily basis. Dr.Andrew Bostom’s tome on the subject, The Legacy of Islamic Antisemitism and The Mufti’s Islamic Jew Hatred are must reads. Berlin- The student spokesman for the city of Offenbach’s school system, Max Moses Bonifer, resigned his post because German Arab and Turkish students attacked him and threatened to kill him.

The German daily FAZ reported on Wednesday that Bonifer said young Muslims have threatened him over the last few weeks because he wore a kippa with a Star of David and yelled at him: “We spit on your people. We’ll find you and kill you.”

Bonifer told the weekly German Jewish paper Jüdische Allgemeine that “since the Gaza conflict in the summer, youths of Arab and Turkish origin have regularly insulted me, spat at me and attacked me.”

Bonifer said he could no longer represent students who wish death for him and the Jewish people.

Offenbach is a small city in the state of Hesse, with a population of roughly 122,000, and borders the financial capital Frankfurt am Main. More than 16,000 German Muslims live in Offenbach.