Being a radical Islamonazi has its perks.

In the entire Middle East, Turkey now has only two allies: Qatar, which looks more like a rich, family-owned gas station than a state; and Hamas, a terrorist organization. 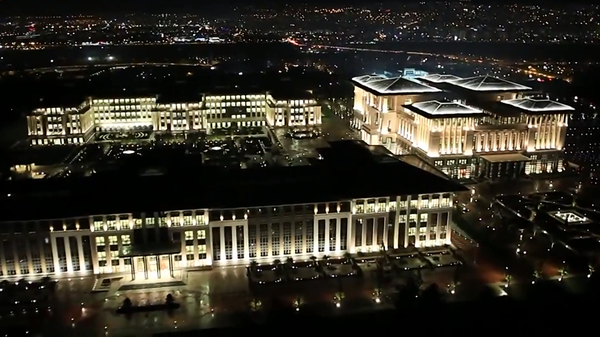 It is reportedly larger than the White House, the Kremlin and Buckingham Palace: Turkey’s new presidential palace spreads over some 50 acres of forest land, boasts 1,000 rooms, an underground tunnel system, state-of-the-art anti-espionage technology and a blend of modernist and medieval architecture.

The ornate palace reportedly cost more than $350 million, much to the dismay of both opposition figures and ecologists.

Turkish President Recep Tayyip Erdogan unveiled the lavish complex, commonly referred to as “Ak Saray” (white palace in Turkish) earlier this week to celebrate the 91st anniversary of Republic Day, which marks the dissolution of the Ottoman Empire and the foundation of modern Turkey.

Opposition groups boycotted the ceremony and slammed the palace as evidence of Erdogan’s “autocratic tendencies.”

“What could have been done with that money?”  opposition figure Umut Oran said according to the Dogan news agency, claiming the presidency’s budget was three times that of the British royal family and could have been used to send “three satellites to Mars.”