British ex-commander hits out over ‘inadequate kit’ in Afghanistan 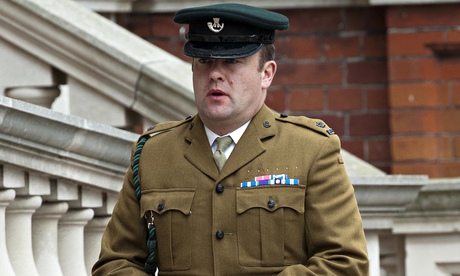 A former army commander has given a devastating insider’s account of some of the mistakes that beset the military campaign in Afghanistan, saying the training and equipment provided to troops “wasn’t good enough” for the mission they faced.

Major Richard Streatfeild, 40, who the Ministry of Defence used as a “poster boy” for the war, was a commanding officer in the insurgent stronghold of Sangin during some of the fiercest fighting.

In a Guardian interview, Streatfeild said he now felt ashamed at how he toed the MoD line in reports for the BBC, defending kit he knew to be inadequate.

He said the “blue on blue” death of Lance Corporal Michael Pritchard in Sangin during their tour in the winter of 2009-10 was symptomatic of the problems British soldiers faced in tackling the Taliban. He has called on the MoD to give the 22-year-old’s family an unprecedented public apology.

EU citizenship for sale to non-Europeans in Bulgaria for as little as £150,000

Non-Europeans can buy European Union citizenship entitling them to live and work in Britain for as little as £150,000 under a scheme operating in Bulgaria, an investigation by The Telegraph has disclosed.

Undercover reporters posing as representatives of an Indian businessman were told that a Bulgarian passport could be legally obtained without the need to live or work in Bulgaria. So long as applicants can deposit sufficient funds, they need only visit the east European country for two days to obtain all the rights of EU citizens.

Even someone with a criminal record who has been turned down for a British passport can qualify for Bulgarian citizenship under the scheme, agents brokering the deal said.

The fast-track programme was quietly introduced just weeks before restrictions on Bulgarian nationals living and working in other EU countries were dropped earlier this year. Hundreds of foreign nationals are already believed to have applied for EU citizenship under the scheme. 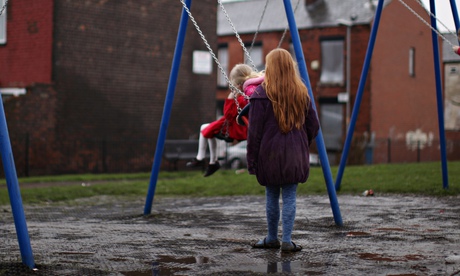 Up to 1.6 million children in the UK are living in poverty. Photograph: Christopher Furlong/Getty Images

The ever-increasing gulf between rich and poor in Britain is costing the economy more than £39bn a year, according to a report by the EqualityTrust thinktank. The effects of inequality can be measured in financial terms through its impact on health, wellbeing and crime rates, according to statisticians at the independent campaign group.

Researchers pointed to the fact that the 100 wealthiest people in the UK have as much money as the poorest 18 million – 30% of all people – and said that the consequences of such unusually high rates of inequality needed to be acknowledged by politicians.

Duncan Exley, the trust’s chief executive, said economists in the US had begun taking the issue seriously but that the UK was behind the curve in understanding the full extent of the harm that could be caused by inequality. “But people are starting to talk about the gap between rich and poor as we are seeing such a chasm now. Not only are wages stagnating and austerity hitting the poor hardest but the rising stock market and soaraway rates of top pay are rocketing in the other direction.”