Five members of Iranian Islamic Revolution Guards Corps (IRGC) have been killed in a clash with insurgents, Fars News Agency reported. According to the report, two IRGC members were also injured in the fight with insurgents in the city of Baneh on October 10.

The report didn’t mention the name of insurgent group, but Iran has been combating Kurdish Party of Free Life of Kurdistan (PJAK) in the north-western region of the country for years. The goal of the group is the secession of Kurdistan from Iran. In February 2009, the U.S. Treasury …

Iran: Four executions, one in public 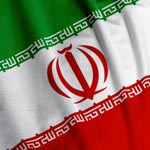 One of the prisoners was a 23 year old man identified as H. A., reported the state run Iranian news agency ISNA. The Iranian State Broadcasting reported that H.A. was 21 year old. The prisoner was charged with armed robbery, spreading fear and Moharebeh (waging war against God) and was hanged in public in the town of Fasa (southern Iran) today October 9.

Three prisoners were hanged in the prison of Rasht reported the state run Iranian news agency Fars today. The prisoners who were not identified by name were convicted of possession of 80 kilograms of crack. The executions were carried out on Thursday October 3., said the report. Another three soldiers were wounded in the attack on the Al-Reesa checkpoint just south of North Sinai’s main town of El-Arish, the officials said.

Attacks on the army and police have increased since the army’s July 3 ouster of Islamist president Mohamed Morsi and a subsequent crackdown on his supporters and members of his Muslim Brotherhood. In Samarra, north of Baghdad, gunmen killed two Sahwa anti-Al-Qaeda fighters in an attack on a checkpoint, while two more died in a similar attack near Baquba, also north of the capital.

The Sahwa, who joined forces with the United States from late 2006 and helped bring about a sharp reduction in violence in Iraq, are frequently targeted by Sunni militants, who consider them to be traitors. Three killed in clashes in Libya

Three men were killed Wednesday evening in armed clashes that erupted at a military checkpoint, 20 km west of the Libyan capitol of Tripoli, a source from the defense ministry told Xinhua.

Unidentified assailants attacked the main military checkpoint on the road between Warshfana and Tripoli, run by brigades from the city of Zawyia.

According to the source, the road was closed by Zawyia brigades and three men from Warshfana armed militia were killed in the clashes.

“The three dead included two police soldiers and one civilian. A small hospital in Beled Hawo is currently treating three others of whom two are seriously injured,” Sarey said. Sunni vs. Shiite feud lives on.

This is what the Muslim Arab Middle East does to each other, lots and lots of massacres. It’s the main reason why Israel is vigilant that they never, ever lose weapons superiority, and they have plenty of daily reminders to sharpen their resolve. 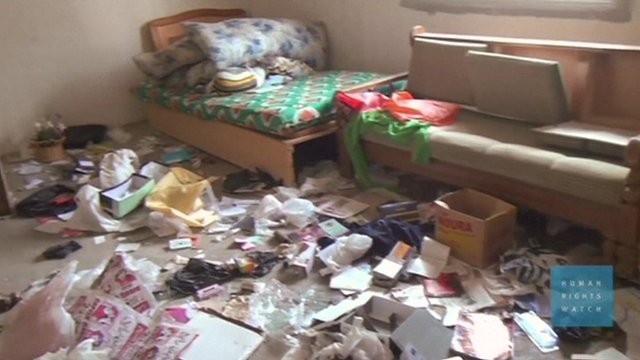 Rebel forces in Syria killed as many as 190 civilians and seized more than 200 hostages during a military offensive in August, Human Rights Watch says.

A report by the US-based group says the deaths occurred in villages inhabited predominantly by members of President Bashar al-Assad’s minority Alawite sect near the coastal city of Latakia.

It said the findings “strongly suggest” crimes against humanity were committed.

The group has previously documented atrocities by pro-government forces.

The report calls on the UN to impose an arms embargo on all groups where there is credible evidence of their involvement in war crimes.

Human Rights Watch says it conducted an on-site investigation in September and interviewed more than 30 people, including survivors and combatants on both sides.

Aziz al-Din is accused for involvement in a military vehicle attack in the Nile Delta which killed one army officer and five conscripts.

Fathi Aziz al-Din, 30, had been suspected of involvement in a Monday attack targeting a military vehicle in the Nile Delta Sharqiya province that killed one army officer and five conscripts.

Security forces shot the suspect on Thursday after he hurled two grenades at them during a raid on his home in the town of Abu Kabir, Sharqiya Security Chief Sameh al-Kelani said in a statement.

Aziz al-Din was taken to Zagazig University Hospital, where he succumbed to his injuries, the official added.