This country is in dire straits, and it’s amazingly clear that the Reaganite conservatives are the only political force that stands in the way of the goose step to full blown tyranny. There is no one else left calling for a return to constitutional governance, fiscal responsibility and and an end to statism in all of its forms.

Who else but the Tea Party is left standing in the gap?

Meanwhile, GOP neo-statists (coined by Mark Levin) are marching in lockstep with the radical Left’s agenda, of chopping and dicing America, and Americans, into this or that special interest group, instead of treating it citizens and simply Americans. They insist on appealing to this or that group, when instead they should be stating American principles, limited government, individual responsibility, faith, community participation and constitutional governance.

NOTE: Daniel does us all a great favor in this excellent piece of his, it’s well worth the time spent in reading it in full, and mulling it over.

Getting an early start on primary season, Rand Paul stopped by New Hampshire and offered some sage advice for winning elections.  According to the article, “Senator Paul Rand urged New Hampshire Republicans to become more diversified.” 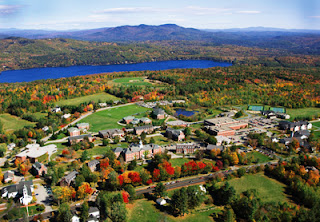 New Hampshire is 94.6% white, 2.9% Latino and 1.3% Black. I don’t know the exact diversity
statistics for New Hampshire Republicans, but if they get a half-black and half-Latino guy in a wheelchair to run for something, they will probably have covered all the statistical bases.

“We need to grow bigger,” Rand Paul said. “If you want to be the party of white people, we’re winning all the white votes. We’re a diverse nation. We’re going to win when we look like America.”

Looking like America is common advice these days. What does America look like? For now it still looks more like New Hampshire than like California. And despite that, Democrats scored some big wins in New Hampshire in the last election.

Obama won New Hampshire 52 to 46 and it probably wasn’t the black vote that put him over the top. He picked up over 100,000 votes in Hillsborough County, which is 90 percent white. Clearly, despite Rand Paul’s optimism, Republicans aren’t winning all the white votes in New Hampshire. Or in Kentucky.

Rand Paul’s Kentucky looks a lot like New Hampshire. It’s 88.9% white. And its white Senator, who did not win all the white votes, decided to visit another white state to tell Republicans there that they needed to look more like America or California. Or someplace like that. Because the white vote was all locked down.