Name the religion, and no, it’s not Roman Catholics or Protestants. KGS 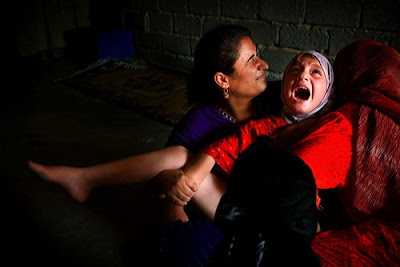 Some 8,000 women have been circumcised in Belgium or are in danger of becoming a victim of this practice. The figure is an estimate by researchers at the Tropical Medicine Institute in Antwerp.

The largest number of victims live in Brussels and Antwerp.

Female circumcision is a form of mutilation of the female genitalia. The practice is most prevalent in tropical Africa, especially in countries with an Islamic background.

Few reliable figures are available. Belgian research dating from 2003 came to the conclusion that 3,000 women had undergone female circumcision in this country, though the figure did not take account of women who had acquired Belgian nationality and asylum seekers.

The latest research does and also includes the daughters of women who have been circumcised born during the past twelve years. This is because they are at risk of undergoing this form of mutilation.

Researchers have identified 1,190 girls under five years of age who are at risk as well as 1,690 girls in the 15 to 20 age category who are in danger of undergoing the practice during a holiday in their mother’s country of origin.

An estimated 5,000 women are believed to have actually undergone female circumcision in Belgium.

The research at the Tropical Medicine Institute was commissioned by the Belgian Health Ministry.