Skip to content
Home
/
2010
/
October
/
6
/
Uncategorized
/
TEAM B REPORTS: THE MUSLIM BROTHERHOOD’S WESTERN INFILTRATION…….
Facebook
Twitter
Google+
LinkedIn
Pinterest
The Muslim Brotherhood is the de-facto, chief threat to the continuance of western society as we know it. Consider it as an al-Qaida-light, or as yet another spear of the same jihad that is currently being waged around the world. The Muslim Brotherhood seeks the very same goals as al-Qaida, the infiltration of the West and it’s demoralization ending in its eventual destruction, but through the slow and subtle subversion and manipulation of its democratic and judicial systems.
Founder of the Muslim Brotherhood 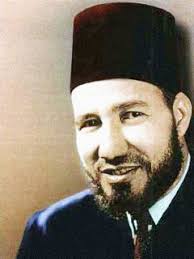