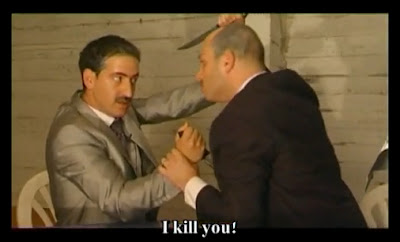 This is actually really humorous, who really cares if one fatwa rules over another? When it’s all said and done, any Islamonutjob can issue an Islamic ruling that over rules the other, therefor sticking a knife into anything that passes for moderation. KGS 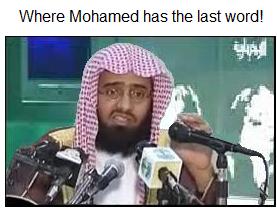 RIYADH: One cleric’s endorsement of breastfeeding for grown men and another’s statement that music is not un-Islamic have opened up a pitched battle in Saudi Arabia over who can issue fatwas. Hardline and progressive religious scholars, judges and clerics have taken the fight public in what some describe as outright “chaos” in the country. Much of the fight in the past week has focused on a fatwa endorsing music, issued by Adel al-Kalbani, a cleric at Makkah’s Grand Mosque. Kalbani said he found nothing in Islamic scripture that makes music forbidden.
But, aside from some folk music, public music performance is banned in Saudi Arabia, and conservatives say it is haram even in the home. “There is no clear text or ruling in Islam that singing and music are haram,” Kalbani said.