Skip to content
Home
/
2010
/
June
/
1
/
Uncategorized
/
FINNISH PM MATTI VANHANEN PUBLICALLY URINATES ON HIMSELF: CONDEMNS ISRAEL’S RAID AS ‘DISPROPORTIONATE’…….
Facebook
Twitter
Google+
LinkedIn
Pinterest
What’s with that word, disproportionate, the Euros and other fecal* heads love to use it when talking about Israeli military actions? It’s always described as being “disproportionate” and most always as being in violation of international law.

So Israel supposedly used “disproportionate” force in getting the ship under control. So according to Vanhanen’s logic (and other anti-Israel nay-sayers) a “proportionate” response would have been Israelis defending themselves with wrist rockets (sling shots) and glass marbles, deck chairs and steel pipes and knives and a couple of guns, then there wouldn’t have been any international uproar if the same number of people, or more, were killed right?

Polticians like Vanhanen and ilk care more for how they themselves look in public rather then what the actual truth may be. He admits he doesn’t have all the facts, but he’s going to shoot his yap off about how wrong it was for “civilians” to be killed.

Perhaps the PM hadn’t seen the vidoes of the maniacs (who promised to remain peaceful if intercepted)  lunging at IDF soldiers (who were well within their rights to board the ship and divert it to an Israeli port, regardless of whether it was in international waters or not) with bats, hammers, sledge hammers, iron pipes etc.etc..

But I bet he had already seen everthing the Tundra Tabloids has seen and reported, but he chose to do other wise. KGS

Finland’s Prime Minister Matti Vanhanen has expressed his incredulity at the attack by Israeli commandos on an aid flotilla carrying humanitarian aid to Gaza. He added Israel all too often used disproportionate military force.
In Vanhanen’s view, shooting at civilians on a vessel carrying aid to people was unbelievable.
”Although details remain unclear, the raiding of a vessel in international waters and the killing of civilians is totally unacceptable”, the Prime Minister said.
He added the use of force should be proportionate to the situation in hand and he demanded an immediate explanation from Israel.
”Israel must provide an adequate explanation. Until then, no statement can made about what conclusions should be drawn”, Vanhanen continued. He reminded how painfully Finns had been on the receiving end of disproportionate Israeli military force when a bomb exploded on a UN inspection post.

* Fecal Head: One that possesses fecal matter on their cranium. Usually punishment for committing a lame act.

Two more Finnish bureaucrat fecal heads, FM Secretary Pertti Torstila and FM Alexander Stubb, for their condeming of Israel over the raid on the anti-humanitarian ship. 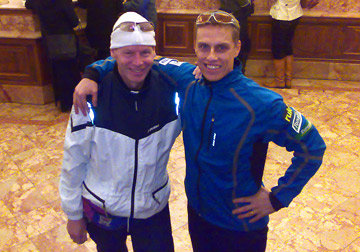