Skip to content
Home
/
2010
/
March
/
26
/
Uncategorized
/
MALAYSIANS SIEZE SWEDISH EMBASSY FLAG AND BURN IT IN PROTEST OF LARS VILKS’ CARTOON MO-DOGGIE…….
Facebook
Twitter
Google+
LinkedIn
Pinterest
WHAT ELSE IS THERE TO DO AFTER FRIDAY PRAYERS
BUT SHOW SOME OF THAT PENT UP RAGE

MORE RESPECT FOR THAT RELIGION OF PEACE! 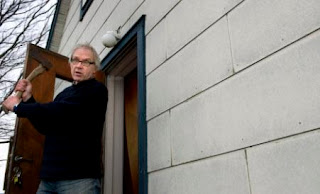 The ROP reserves for itself the exclusive right to offend, intimidate and demand just about anything it wants from anyone it disagrees with, meaning the rest of the non-Muslim world.  KGS

After Friday prayers today were about 200 people from Muslim organizations and members of the Youth League for the Islamic party PAS outside the Swedish Embassy in Kuala Lumpur, Malaysia.
Three representatives met with Swedish Ambassador to Malaysia, the Helena Sångeland and submitted a protest letter.
–  They wanted to protest against the publication of Lars Vilks drawing in Swedish newspapers. Their message was that they want the government to take vigorous action against the Swedish newspapers that published the cartoons and against Lars Vilks, “says Helena Sångeland to the TT.
It all ended with protesters pulled down the Swedish flag outside the office – and burned it.
– It was very surprising and something we will not tolerate it. We have notified the police incident, “said Helen Song Country.
According to the ambassador PAS Youth League and several Muslim organizations threatened to boycott Swedish products and demonstrations already several weeks ago. A smaller demonstration was held with a few dozen protesters outside the embassy also on Thursday. Then also provided the right-Malaysian Group Pertubuhan Pribumi Perkasa Malaysia (Perkasa) over a protest letter.