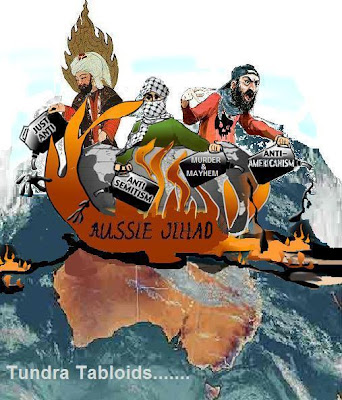 Five men convicted of a terrorist conspiracy were today given sentences between 23 and 28 years after the longest trial in Australian history.
The men were found guilty in October on a range of charges including possessing bomb-making instructions and explosive chemicals.
Prosecutors said the men had stockpiled chemicals and detailed instructions for making bombs capable of causing large-scale death and destruction, but the details of the plot and its intended target were never specified. All five men had pleaded not guilty.
Justice Anthony Whealy said the men had been driven by “intolerant, inflexible religious conviction” and remained unrepentant.
“These men will face many years in jail …but they appear to wear their imprisonment like some badge of honour,” he told the court in Sydney.
The five, who cannot be named for legal reasons, were driven by a belief that Islam was under attack throughout the world by the US and its allies, including Australia, he said.
“Each man’s conviction was that the plight of Muslims in other lands demanded violent action in this country to redress those wrongs and, through fear and panic in the community, to change the government’s policies,” he said.
The men were among nine people arrested during a series of raids in 2005 and 2006 by the police and the Australian Security Intelligence Organisation (ASIO), the domestic security service. The remaining four pleaded guilty to lesser offences.
The jury heard from 300 witnesses, and was shown 3,000 piece of evidence, 30 days of surveillance tapes and 18 hours of phone intercepts.
Justice Whealy said that although the intention to kill could not be proved, the large stockpile of dangerous materials which they had accumulated, including chemicals for bomb making and ammunition, showed they intended to cause such extensive property damage that it would have posed a serious risk to human life.