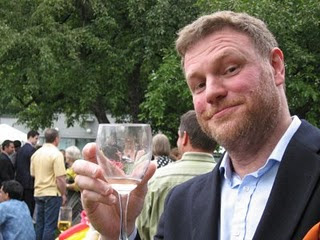 Mark Steyn:
Lets make a deal, I won’t drink your camel pee
and you don’t have to drink my wine

Metronieuws has an interview with Afshin Ellian, a witness for the defense in the Geert Wilders trial in Amsterdam. If you don’t read Dutch, there’s an English translation here. (I’ve modified it slightly, because I think he missed a nuance here and there.) Here’s the key passage:

You said the Wilders Trial reminds you of justice in your country of origin, Iran. Is that not somewhat exaggerated?
“The Netherlands, of course, is not comparable with Iran, but it’s about perception. If you cannot say that Islam is a backward religion and that Mohammed is a criminal, then you are living in an Islamic country, my friend, because there also you cannot say such things. Here I’m free to say that Christ was a faggot* and Mary was a whore, but apparently I should stay off of Mohammed.”

(*Judging from the routine taunts of Muslim youth to ethnic European males on the streets of Amsterdam at night, the word “flikker” seems to be one bit of Dutch every immigrant picks up instantly.)

What the Wilders prosecution, the Danish cartoons, the Canadian “human rights” suits against Ezra Levant, Maclean’s and me and many other ostensibly minor news stories all have in common is one consistent underlying principle – that Islamic law now applies to all.
If a Muslim doesn’t want to show representations of Mohammed, good for him. But why can’t Yale University Press?
If a Muslim doesn’t want Winnie-the-Pooh’s pal Piglet on his desk, go for it. But why can’t a lapsed Anglican working for a British municipal council?
If a Muslim wants to fast during Ramadan, fast away. But why does a Brussels cop or a Scottish hospital worker have to ease up on the donuts?
We are making Islam the de facto established church of the western world. And, lest you think this near parodic prostration before Islamic supremacism is a purely European phenomenon, read the official whitewash of Fort Hood, which is one of the most disgusting and contemptible documents ever produced by the US military. The families of the dead should be furious at its craven evasions.