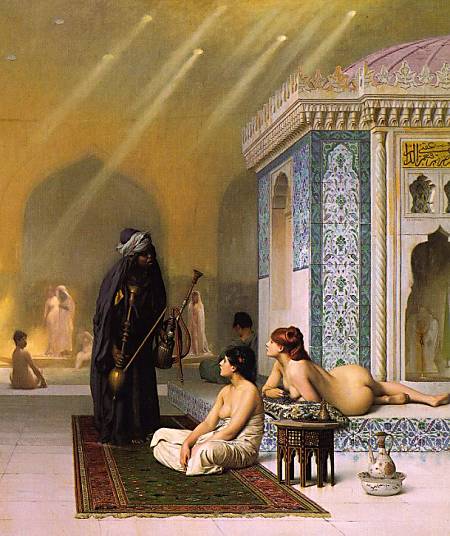 Sorry ladies but Sauce for the gander
isn’t sauce for the goose
The clerics are raving mad!
(more than usual) 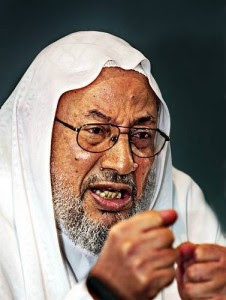 Sheikh Qaradawi: The West is to blame!
Having female journalists is a grave error and un-Islamic!

Saudi journalist stirs row after publishing article in favor of polyandry for women in Muslim world. A Saudi female journalist stirred a row in Egypt after publishing an article in favor of polyandry for women.
The piece, published in the al-Masri al-Yaum newspaper, promotes the notion that women should be allowed to marry several partners, similarly to the right enjoyed by Muslim men. According to Islamic law, a man is allowed to be married to four different women at any given time, as long as he treats them equally.
However, journalist Nadin al-Badir suggested that polyandry be permitted to both women and men. The female writer also proposed that Muslim men be banned from marrying more women merely because they are bored with their current partners.
According to a BBC report Friday, a parliament member already filed a lawsuit against the newspaper for publishing the provocative item.
As could be expected, the article also elicited angry responses among Muslim clerics, who argued that the ideas presented in it are anti-Islamic and that the journalist had no right to attack tradition.
However, one cleric defended the article, claiming that it did not constitute an attempt to promote polyandry among women, but rather, it aimed to expose readers to the suffering of women as result of their husbands’ conduct.