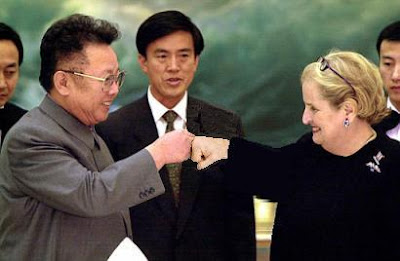 This is what happens when an evil state is no longer considered a part of the Axis of Evil. The NORKS are making a joke of UN’s sanctions as much as the Iranians are, and all they can muster in response is: ” a return to negotiations.” KGS