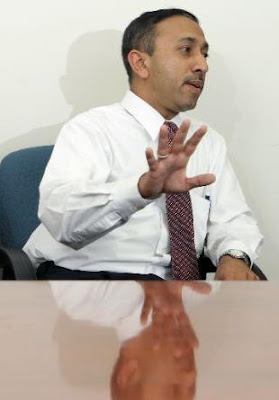 M.Bary:
I need to close up shop here,
so can place my daughter in an asylum there
The heartbreaking story of Rifqa Bary is full of twists and turns. Not only is the girl herself Rifqa Bary, (the actual victim in this story) being targeted by the substandard reporting in the US media, but the main antagonist in the story, Mohamed Bary, is getting a free pass.

The only reason why we have any knowledge of the situation at all, is due to the efforts of Pamela Geller at Atlas Shrugs, and who has unearthed more information about Rifqa’s father that the lazy-assed main-stream-media could care less in digging up. Read up on the rest at Atlas Shrugs, she’s been busy scooping the media on the Rifqa Bary situation since day one. Go Girl Go! KGS
Was Rifqa Bary’s Father Planning on
Fleeing the Country with his threatened daughter?

Much thanks to Diane and Julie for uncovering this information. Mohamed Bary, Rifqa Bary’s father, is a jeweler. His company is Bary Gems, of Columbus (apparently near Gahanna, OH). According to very recent documentation, Muhammad Bary dissolved his business on July 29,2009 – after Rifqa ran for her life (fearing an honor killing for her apostasy) and was discovered in Florida.
He moved the business from New York to Columbus in 2004. He dissolved it on July 29, 2009 the same time he filed a missing persons report on Rifqa. Rifqa’s story hit the papers August 3rd (go here).
And this was not insignificant business (click here for Dunn and Bradstreet report). Bary had over 20 employees and was doing $100,000-350,000 a year in sales. That’s a lot to give up …. why? He obviously did not expect Rifqa to prevail in Florida court. Like all the pundits, he expected that Rifqa would have to go back to Ohio.
INACTIVE – Dissolution by Proclamation / Annulment of Authority
(Jul 29, 2009)
BARY GEMS INC.3434 75TH STREETJACKSON HEIGHTS, NEW YORK, 11372
Registered Agent
NONE
It’s no wonder that Muhammad and Aysha are so anxious to get Rifqa back to the state of Ohio. Her parents had signed papers in Ohio with Franklin County Children Services, saying they would be okay if she was brought back to the state and placed in a foster home for at least 30 days. They just want to get her back in Ohio and out of Florida and Floridian interference.
30 days in foster care in Ohio (and what good does that do?) and then they wing her to Sri Lanka. Rifka said here:
….in 150 generations of my family no one has known Jesus. I am the first one. Imagine the honor in killing me. There is great honor in that. Because if they love Allah more than me, they have to do it. It’s in the Koran. And you can, like, give them knowledge about it [gestures to someone off camera, who says something unintelligible]. He really will explain it and break it down. They have to do this. They just have to. Either they do that or they send me back to Sri Lanka. There’s an asylum there where they put people like me, like, think I’m crazy.