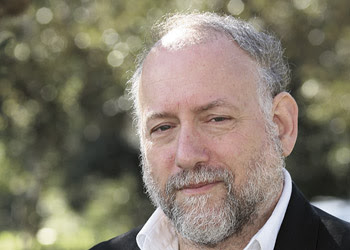 Barry Rubin: Obama says it like this: “Hey terrorists, we won’t put you on our real bad boy’s list if you take us off yours.”

That’s pretty much it in a nutshell. If the state I live in, Finland, has any sense at all, the government should be taking seriously what Prof.Barry Rubin is suggesting. While supposedly being the leader of the Free World, the US is slowly but surely turning a corner in it’s foreign policy and presenting itself to the world -at least to the nefarious portion of it- that it’s no longer interested in carrying on with the fight.
Obama is sending dangerous signals abroad, to both tyrannical and democratic states alike, that fortress USA has arrived, and if the terrorists leave the US out game, the US will respond in kind. Well, that’s just fine and dandy for the terrorists, who can now aim their barrels and exploding vests in the direction of rest of the West. The European Left and its enablers might be soon regretting their enthusiasm for The One’ to replace what they perceived as the miserable Bush years. Take it away Barry. KGS
NOTE: Everything the present US administration has been doing, like groveling before Islamic leaders and the Socialist world, saying that the war on terror is over and that the US will never be at war with Islam. Or sending Bill Clinton to N.Korea as it pressures Israel over settlements while pumping more dough into the failed terrorist entity called the PA. All this should be viewed under the same rubric.
Obama Administration Says: Hooray for Jihad

I’m beginning to understand the Obama administration strategy, at least in its initial phase, as a “bridge too far” approach. That expression came after the heroic Allied operation at Arnheim in World War Two, when what seemed a clever idea—to capture a key bridge far ahead of the existing Allied lines—turned into a military disaster.

For example, take Obama’s Cairo speech. He didn’t just try to build good relations with Muslims but to whitewash the history and practices of Islamic polities and peoples completely. Or he doesn’t just try to engage Iran but to do so by removing all criticisms of the regime and most of his potential leverage over it. (Yes, I know that movement toward increased sanctions is supposed to be happening but the Obama administration has been taking its time and, to use another expression: Too little, too late.)

This reflection is generated by a major speech just given by John O. Brennan, Obama’s top counterterrorism advisor. He declares the “war on terrorism” is over and redefines it as a war on al-Qa’ida and its partners.

Much argumentation is adduced to justify this alteration and some of it is certainly persuasive. But there are two extraordinarily important points that go unnecessarily too far and may be extremely damaging in the future.

“Fortunately,” one might be able to define terrorists in Indonesia, the Philippines, Morocco, Algeria, perhaps Somalia, and Afghanistan as linked to al-Qa’ida but what, for example, about those attacking India, Thailand, the United Kingdom, Russia, Colombia, China, or Lebanon (those shadowy Syrian-directed groups)?

In other words, this new administration position could be defined as a counterterrorist isolationist policy which sends the message: Know, thou terrorist, that you can attack anyone but the United States and we will not view you as full enemies.

So, American allies, if your people are blown up at a movie theatre or gunned down at a school or if someone explodes a bomb on an airliner full of passengers, you better hope that you can link the group responsible to al-Qa’ida or forget about getting strong U.S. support.

Second, and really shocking, is that the U.S. government has validated the concept of Jihad. Can one think of another example in history where the United States officially defined a religious concept?

“Nor does President Obama see this challenge as a fight against `jihadists.’ Describing terrorists in this way–using a legitimate term, `jihad,’ meaning to purify oneself or to wage a holy struggle for a moral goal–risks giving these murderers the religious legitimacy they desperately seek but in no way deserve. Worse, it risks reinforcing the idea that the United States is somehow at war with Islam itself. And this is why President Obama has confronted this perception directly and forcefully in his speeches to Muslim audiences, declaring that America is not and never will be at war with Islam.”

The U.S. government has now officially defined Jihad as a purifying act taken to achieve a moral goal. In Washington this seems brilliant—we will deny the terrorists the ability to use Islamic symbols and show they are not really properly Muslims but renegades!

Yeah, that will show them, no doubt. But, you see, there’s one problem. Hundreds of millions of Muslims are unconcerned with how the U.S. government defines their religion. The definition of Jihad in practice has been—depending on your viewpoint—either altered or applied much more vigorously during the last few decades.

For example, and this is really an innovation, suicide bombing under proper conditions–that is, killing the “right” people–has been defined by many clerics whose credentials to issue fatwas are stronger than Brennan’s as a purifying act in pursuit of a moral goal. Wiping Israel off the map has been defined as a moral goal, too.

In fact, the Obama administration’s fatwa used precisely the same definition employed by al-Qa’ida in attacking the World Trade Center. The United States, it argues, attacks Muslims both directly and indirectly, by supporting governments like those of Israel, Saudi Arabia, and Egypt, for example. Holy struggle? Check! To obey God and smite the devil’s allies. Moral goal? Check! The defense of Islam and Muslims against ruthless aggression.