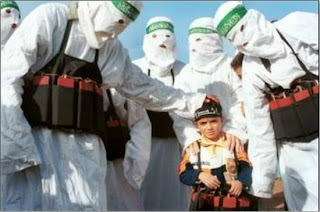 The West has yet to wake up and realize what it’s up against, and no, the Tundra Tabloids is not talking about the violent Jihad, but about Islamization, or in Robert Spencer’s terminology, the soft/stealth Jihad. 9/11 awoke the world to the threat of violent Jihad, but it has yet to awaken, and/or cut through its own politically correct discourse that treats Islam as just another religion, with its own set of rowdy, fervent fundamentalists.Islamic leaders are playing the role of “good cop-bad cop” in their drive to get what they both (violent and stealth Jihadis) want most, bringing the world (kicking and screaming if necessary) into the house of Islam, whether it takes 50 years or a thousand. It’s something that our Western leaders have yet to grasp, only those states with active and restive Muslim populations know what’s going on, and that’s only because they’ve been dealing with it for hundreds of years.People have to wise up, that’s the point behind Vlad Tepes’ blog post, and that means calling a spade a spade, and placing emphasis on the actions and deeds of the individual Muslim communities, not on their well sounding words. It also means holding the feet of the leaders in the Islamic world to the fire, in forcing them to adopt major changes in how they view their scriptures, that not all of the words and actions of ‘their’ prophet are fit for today.There are many of us well schooled in what’s going on in the world today, especially where Islam is concerned, and it’s up to us to inform others, as well as to demand that our politicians take the threat Islam poses to our society seriously. There is perhaps many a politician, as aware of the situation as we are, but they need large numbers behind them before they dare to speak what they know to be factual and right. There’s a great lack of Churchill’s in our age, so it is we who have to do the heavy lifting, our future depends upon it. KGS