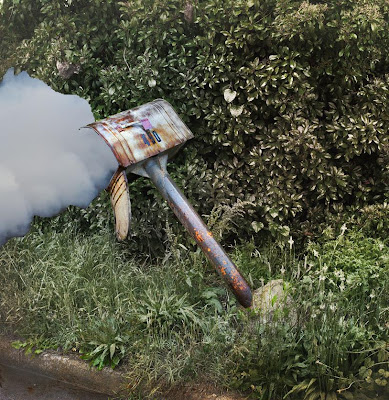 Two recent comments worth noting are found with the post: Israel: US Thinks it Can Order Where Jews Can Live…Bloggers, There is no Santa Claus and Tech, comment on the current situation in US and Israeli relations, in which the former sees fit to dictate to the latter where Jews can build a home. The Tundra Tabloids holds the position that it’s anti-Semitic to deny Jews the right to build a home. The TT stated further that the conflict between the Arabs and Jews will end, once Jews in the disputed territories are as safe as the Arabs in Nazareth. The highly respected Middle East analyst and commentator, Dr.Daniel Pipes, put it much the same way in a recent article concerning, Salam Fayyad, the guy who labels himself PM of the Fakestinians.

D.Pipes: I have long argued that the presence of Jews living on the West Bank does not present a problem to a resolution of the Arab-Israeli conflict, for a true resolution would allow them to live peaceably in a Palestinian state. We’ll know the conflict has ended, I like to say, when the Jews of Hebron have no more need for security than the Arabs of Nazareth.

Both Pipes’ and the Tundra Tabloids’ views on the settlements, pretty much complement the other, and as I remember correctly, TINSC has been saying pretty much the same thing for years, if not decades, and probably (mostl likely) the original source for my commentary.TINSC: Thank you KGS. Putting up a sign “No Jews Allowed!” is by definition anti-Semitic. This is especially true when it comes to building homes. It’s no less anti-Semitic in Saudi Arabia (where the sovereign right of that nation is fully recognized) than it is in the West Bank. That’s not to say it’s advisable for Jews to build homes in the West Bank. I’ll leave that argument to others. I’m just saying that the edict forbidding Jews to build homes is anti-Semitic. Such a policy should be opposed by the United States regardless of whether it’s in Jerusalem or Amman. It is wrong for our U.S. government to embrace the anti-Semitic policies of any nation or foreign political entity (in this case the Arab League). Tech: I don’t think Israel is taking too kindly to Obama telling them they can’t build on their own land. I appreciate both comments not because they are factual (which they indeed are), but because they go straight to the heart of the situation, they don’t mince words while revealing the fundamentals of what’s gone wrong. That’s why I like the comment box, regradless of whether or not it’s material I can agree with. KGS