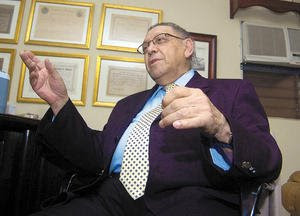 Honduran interim FM Enrique Ortez:
Zelaya had been removed in a legal process
so get bent. While the Organization of American States (and with Obama’s tacit approval) are busy issuing warnings and ultimatums to Honduras’ new government, “either reinstall the potential dictator or risk being kicked out of the OAS”, a new light is being shown on the former president’s (and by default Hugo Chavez’s) drug activities.The US DEA is neither confirming nor denying that deposed former president and Chavez buddy socialist, Manuel Zelaya, was the target of an ongoing DEA investigation for his involvement in the trafficking of drugs into the United States. That tells the Tundra Tabloids that there is something to the claims, otherwise the DEA would have categorically rejected them.So if this turns out to be the case, which the TT believes will be the case, US president B.Hussein is defending a drug war lord, as well as an aspiring dictator in the Chavez Fascist model. The TT hopes that the new, and legal government of Honduras resists the OAS’ and Obama’s calls to re-instate Zelaya. KGS

TEGUCIGALPA (Al-Reuters) – The Honduran interim government defied international pressure on Wednesday and vowed there was “no chance at all” of ousted President Manuel Zelaya returning to office.

World leaders from U.S. President Barack Obama to Venezuelan President Hugo Chavez have told the new rulers of the Central American country to restore Zelaya, a leftist who was toppled by the army on Sunday and sent into exile after a dispute over presidential term limits.

The Organization of American States gave Honduras an ultimatum early on Wednesday to allow Zelaya back into office by this weekend or face suspension.

But the interim government’s response indicated there was little immediate hope of a negotiated solution to the crisis in Honduras, an impoverished coffee and textile producer.

Enrique Ortez, interim foreign minister, said Zelaya would be arrested if he came home and that the interim authorities were sure Zelaya had been removed in a legal process.

“We are not negotiating national sovereignty or the presidency,” he told Reuters in an interview. “There is no chance at all” of Zelaya coming back to power.