Skip to content
Home
/
2009
/
May
/
27
/
Uncategorized
/
Danish Folke Party Candidate Morten Messerschmidt Targeted by a Leftist Tag-team of Socialists and Nazis…….
Facebook
Twitter
Google+
LinkedIn
Pinterest
The Left-wing activists
are out in full force to intimidate 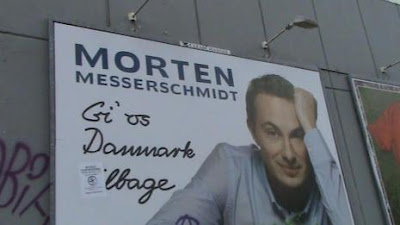 Nyhederne: “Swastika, Hitler beard, stickers marked as “racist” and “give us back the Holocaust” – that adorn much of DF-main candidate Morten Messerschmidt’s campaign posters. Indeed, the extent of vandalism so large that the party has reported the matter to the police and has been forced to print a “considerable” number of additional posters…” 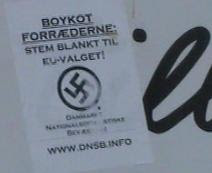 Esther from Islam in Europe gives the Tundra Tabloids the heads up on the lastest convergence of activists on the Left, that being, Socialists and National Socialists. It’s a marriage made in heaven. Esther writes:

“Election posters for Morten Messerschmidt of the DPP were painted over with swastikas, glue and slogans such as ‘racist’ and ‘give us the Holocaust back’ So many posters were destroyed, particularly in Copenhagen, Odense, Aalborg and Aarhus, that the DPP lodged a complaint by the police. DPP think this is organized by left wing organizations. Danish TV2 also found attacks by Nazis (see the picture in the middle of the page), which says: boycott the traitors – vote blank in the EU elections! Denmark’s National-Socialist Movement.” 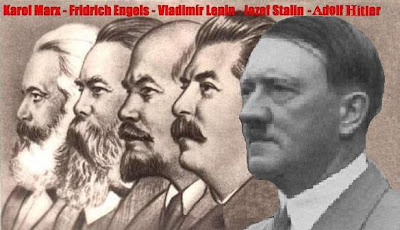 Oh how they love to fight and play together