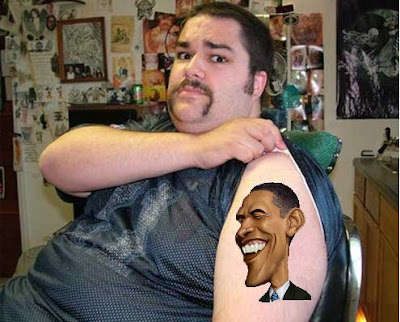 Can you remove this zero, and quickly?

Read up, and thanks to Pamela for posting on this, it shows that the US has elected a Left of Left president, and we have the US media to thank for filtering that fact out of its news reporting during the vetting period as well as during the elections. The sock puppet Finnish media are faithfully mouthing the US media’s spin without the blinking of an eye:

YLE: “United States President Barack Obama appears to have used the first one hundred days wisely in office – at least when considering the measure of his credibility in the eyes of the People. The first time in years support of the president is more than those skeptical of his performance. […] In last and this weeks poll, 48 per cent of those interviewed said that the U.S. is moving in the right direction. Opposite view was 44 percent.”

Spin it man, spin it! 100 DAYS OF BEING A LAUGHINGSTOCK IN PARIS

Paris, France. It is very cool to be a French intel guy. A spectacular meal at a Parisian bistro with $90 entrées and a $200 bottle of Bordeaux? No problem. I’d known this fellow since he got me out of a jam in Sudan years ago. His James Bond days are over, but still, riding a desk for the DGSE — Direction générale de la sécurité extérieure (General Directorate for External Security), France’s military intel agency – in Paris has its decided benefits.

One of them is not being infected with Obamamania. “My agency considers him a joke,” he confides. “Every day there is some fresh lunacy that we cannot believe. Mr. Bush would often make us angry. But at this man we just laugh.”

“In truth, it also makes us sad,” he continued. “French resentment towards America is strong, so being able to laugh at your country feels good. But it is such a sad and strange thing to see America – America The Great! – do something so crazy as to elect this ridiculous man.”

“There are many people in America who think he isn’t a legitimate president as he wasn’t born in the US and isn’t a natural citizen. What do you think?” I asked.

He shrugged. “I wouldn’t know. I’ve never had reason to make an inquiry.”

“There are a lot of people convinced he is a traitor who hates America and is actively determined to destroy it. Any opinion on that?”

He didn’t shrug at this. After a long slow sip of wine, he mused, “I would not go that far. Many of his actions, however, are very puzzling because they are so counter-productive regarding America’s best interests. There seems to be a consistent pattern in that direction.”

“What does Sarkozy think of him?”

After a pause he asked, “And Langley?”

“Well, if you thought the war they waged against Bush was intense, it was nothing compared to how they’re going to screw Obama. He has tried to gut them with the ‘torture memo’ release and slashing their budgets. The morale is depressed, sullen, and enraged. You know what a left-wing outfit Langley is. They thought he was their boy and they feel betrayed. All kinds of damaging stuff on him will be appearing via their media friends.”