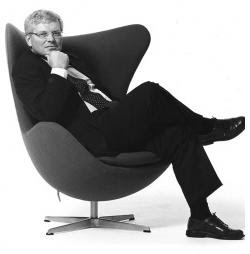 Kjell Brygfjeld: Our humantiarian racism demands
that we look in only one direction

In every respect, the Israeli military command of the IDF followed the Geneva Conventions during Operation Cast Lead in Gaza, when it acted against the Hamas for its launching of rockets upon Israeli civilian centers earlier this year. There is no doubt that the IDF’s actions were lawfull, and were limited to those involved in the fighting, regardless of the number of civilians killed.

The arrogant squad of Norwegian lawyers are looking in the wrong direction, but their own racism steers them to focus squarely on the Jewish state, and to hell with what the Geneva Conventions state, and the facts on the ground. It’s highly typical of these Scandinavian types. Those who defend themselves using THE MOST MORAL means to do so, are the criminals, while they who fire intentionally upon Israeli civilians….are “freedom fighters”. Sick. These Norwegian stooges just bought into the Hamas’ bait, hook line and sinker. KGS

Six Norwegian lawyers plan to file a complaint against former prime minister Ehud Olmert and other top officials for “war crimes” allegedly perpetrated by Israel during Operation Cast Lead in Gaza at the beginning of the year.

The lawyers plan to file their complaint with Norway’s chief prosecutor on Wednesday, AFP reported.

The lawyers said they will call for the arrest and extradition of Olmert as well as former foreign minister Tzipi Livni, Defense Minister Ehud Barak and seven senior IDF officers.

Under the Norwegian penal code, courts may hear cases involving war crimes and other major violations of human rights allegedly committed in other countries.

What a bunch of nonsense.

“The IDF operated in the Gaza Strip in accordance with international law and succeeded in maintaining a high level of professionalism and morals even though it fought against an enemy that cynically uses civilians as human shields, Deputy Chief of General Staff Maj.-Gen. Dan Harel said Wednesday as the IDF publicized findings from five different probes into accusations that were raised during January’s Operation Cast Lead.”

THE TUNDRA TABLOIDS: HEY NORWAY, STOP USING DISINGENUOUS MEANS TO VENT YOUR RACISM TOWARDS THE JEWISH STATE OF ISRAEL!