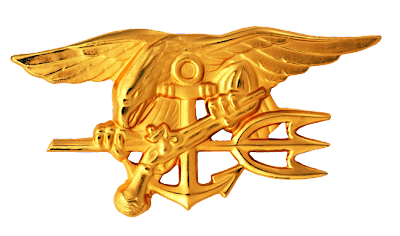 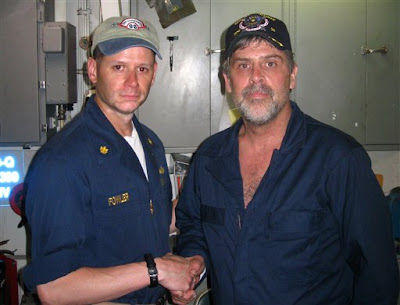 NAIROBI, Kenya (al-AP) – Navy snipers on the fantail of a destroyer cut down three Somali pirates in a lifeboat and rescued an American sea captain in a surprise nighttime assault in choppy seas Easter Sunday, ending a five-day standoff between a team of rogue gunmen and the world’s most powerful military.

It was a stunning ending to an Indian Ocean odyssey that began when 53-year-old freighter Capt. Richard Phillips was taken hostage Wednesday by pirates who tried to hijack the U.S.-flagged Maersk Alabama. The Vermont native was held on a tiny lifeboat that began drifting precariously toward Somalia’s anarchic, gun-plagued shores.

Pamela at Atlas Shrugs made the astute observation that (O”bow“ma) didn’t order an immediate recapture of the captain nor a shoot to kill order, instead…”negotiations” were given top priority. The Navy was given the order to act only in the presence of an imminent danger scenario, something that was already in the Navy’s SOP, or Standard Operating Procedures.Pamela links to BLACKFIVE who states:

The AP is reporting that President Obama gave the order to use military force to rescue the hostage, that is misleading. The officials say Obama ordered the Defense Department to use military resources to rescue Richard Phillips from a lifeboat off the Somali coast. He did affirm the military’s authorization to use force if the captain’s life was in danger, but they already would have had that authorization as part of their standard rules of engagement. If there are innocents about to be slaughtered the same reasoning that authorizes self defense also covers an imminent execution unless the ROE specifically forbid it.The AP is making it sound like there was an active rescue ordered by the President. It was not, there was an imminent threat and the local commander gave the order to fire. Good on Obama for ensuring their authorization was clear, but let’s also be clear that he did not authorize or order an active rescue attempt.

It’s great that the events turned out the way it did, but lets be clear here, the Navy was responding to a situation that they were forced to do under the guidelines of their own SOP, not by O”bow“ma. KGSUPDATE: Debbie Schlussel says the crew of the Maersk Alabama says that they waited to long before they finally received help from the US Navy.

“However, the American crew of the Maersk says that they waited too long before they had help from the U.S. Navy (strangely, NBC edited that part out of the video after first airing it on tonight’s NBC Nightly News). They say they were under attack for a week before the Islamic terrorists boarded their ship. They also said that the ship was never “taken” by the Islamic terrorist “pirates.” Watch the second video. The crew’s reaction is noteworthy, and their captain’s brave behavior is very American.Also of note, the Maersk Alabama was carrying humanitarian aid for a number of African countries, including Somalia. This is how they treat their own in Muslim Somalia and the rest of Muslim-dominated Africa. Yet, we are supposed to make peace with and be tolerant of them. Dream on.**** UPDATE: Reader Marvin has a great point.The media is calling this rescue, “a miraculous, heroic accomplishment.” Debbie, it was a raft with 4 pirates, with an American hostage, against a US NAVAL DESTROYER. Compared to the rescue operation in Entebbe, this was a total joke. How are they considering this a major military feat????? We are doomed. The fact that it went on for more then a day is a total embarrassment.And, as I noted above, the ship’s crew said it actually lasted for a whole week before the Islamic terrorists came aboard the ship. Next, the surviving pirate will get a book and movie deal. The way things are going in this world, I wouldn’t be surprised.