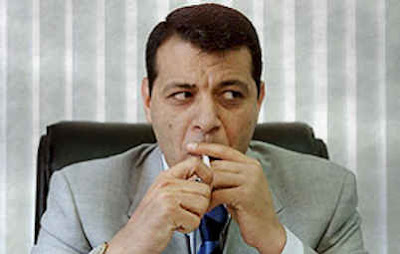 To see what’s happening—and what’s wrong—with Palestinian politics, consider Muhammad Dahlan. In him is embodied the ideological and strategic straitjacket, preventing Palestinians from making peace and getting a state of their own.

Dahlan, 48, is one of the two most able young Fatah leaders, the other being Marwan Barghouti. Dahlan, an architect of the first intifada in the late 1980s, became PLO and Palestinian Authority (PA) leader Yasir Arafat’s favorite proteges. A decade later, however, Dahlan broke with Arafat because he thought his boss was letting Hamas get too strong. If Arafat had heeded him, Fatah and the PA would be far better off today.

For many years, Dahlan was the key PA-Fatah “general” battling Hamas in the Gaza Strip. So when Hamas totally defeated Fatah in a 2007 coup and seized control there, Dahlan was responsible for the debacle. Now he’s back as special advisor to PA leader Mahmoud Abbas.

Aside from his anti-Hamas credentials, Dahlan has been considered a relative moderate on the peace process. But what does this mean in practice? Dahlan told al-Sharq al-Awsat that the second (2000-2005) intifada and terrorism against Israeli civilians harmed Palestinian interests. His critique, though, was based not on moral considerations but because such acts hurt the Palestinian image and made Israel react more toughly.

He also complains that the uprising lacked a clear goal. Yet Dahlan never defines what that objective should have been. Here’s the movement’s fatal flaw. Neither he nor the PA nor Fatah tell Palestinians to accept Israel’s existence and build their state alongside it in permanent peace. Such a notion is outside the actual Palestinian debate.

Next, Dahlan talks of his hatred for Hamas but not because it blocks any deal with Israel. He accuses Hama of murdering hundreds of Palestinians; being an Iranian tool, a gang that is building a radical Islamist state in Gaza.

So what’s his solution? Merely that Hamas and the PA unite. Yet, given what Dahlan says about Hamas, what possible joint strategy and activities could such a coalition pursue?

Clearly, peace with Hamas is more important for Dahlan than peace with Israel. And make no mistake: these two alternatives are mutually exclusive.

Indeed, Dahlan is ready to do anything to cooperate with Hamas, as long as it accepts the PA and Fatah as leading partner. He explains the PA won’t ask Hamas to recognize Israel’s right to exist. Fatah isn’t bound either to any PA recognition of Israel and, “as a resistance organization,” can continue attacking Israel whenever it chooses.

Why, then, has the PA agreed to accept Israel’s existence? Dahlan says: only to get international aid money and support. If this is how Dahlan thinks, his comrades’ views are more extreme. The inescapable implication is that if the PA ever signs a peace treaty with Israel—though don’t hold your breath—and gets a Palestinian state whose capital is east Jerusalem this would not block Fatah or Hamas from continuing armed struggle.

This attitude fits perfectly with the fact that even today the PA does nothing to prepare its people for peace and compromise. The claim that a Palestinian state should and will some day encompass all of Israel is maintained by schools, sermons, leaders, and media. It is contained, too, in the demand for a “right of return”—flooding Israel with several million Palestinians—as more important than getting a state where refugees can be resettled in a country of their own.

No wonder every poll shows overwhelming Palestinian support for armed attacks on Israeli civilians and little backing for a compromise peace that would end the conflict forever.

Of course, there won’t be a Fatah-Hamas unity deal since Hamas won’t give up control over the Gaza Strip and neither faction will accept the other’s rule. But Dahlan is saying that on anything concerning Israel, Fatah is ready to accept Hamas’s view rather than demand the Islamist group moderate.

The idea that the world should encourage a PA-Hamas merger is one of many ridiculous notions connected to the fantasy that Palestinian leaders are ready for comprehensive peace with Israel. If there’s unity, Dahlan, Barghouti, and others will join Hamas in launching new waves of armed struggle.

The PA’s current rulers tell the West (but not their own people): We want a two-state solution based on peace with Israel. In contrast, Hamas says: We will only accept total victory and Israel’s destruction.

Dahlan and Barghouti have another viewpoint. They advocate armed struggle to force Israel from the West Bank and back to pre-1967 borders. At that point, they say, they’d make a peace deal in which they imposed their own terms. Of course, if they were to win such a victory who can say they’d stop there? And even if they accepted a two-state solution, they would leave the door open for a two-stage solution in which Israel would disappear.

This doesn’t mean Israel can’t work with the PA and Fatah on immediate issues. The basic deal is that the PA gets international funds and Israel’s support for keeping power on the West Bank in exchange for reducing anti-Israel terrorism to the minimum and keeping Hamas at bay. If there’s a PA-Hamas deal, Israel has no further interest in cooperating with the PA.

There will never, however, be a comprehensive peace agreement ending the conflict as long as Hamas’s motto is: “Today the Gaza Strip and today all of Israel,” while Fatah and the PA say, “Today, the West Bank and Gaza Strip, and tomorrow Israel.”

If even Muhammad Dahlan can’t go visibly further than that, any overall peace process is, unfortunately, a mirage.