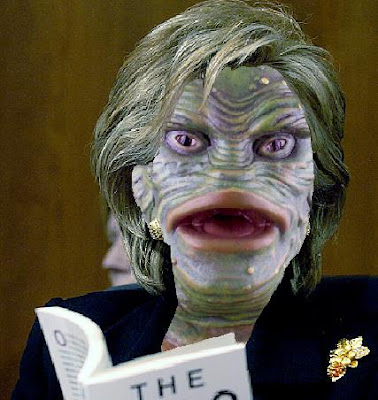 Hillary: You ain’t seen nothing yet!

New York (CBS)- In a swift about face from her views as New York’s senator, Secretary of State Hillary Clinton is now hammering Israel over its treatment of Palestinians in Gaza. “I am very surprised, frankly, at this statement from the United States government and from the secretary of state,” said Mortimer Zuckerman, publisher of the New York Daily News and member of the NYC Jewish Community Relations Council.” I liked her a lot more as a senator from New York,” Assemblyman Dov Hikind, D-Brooklyn, said. “Now, I wonder as I used to wonder who the real Hillary Clinton is.”

The Tundra Tabloids wasn’t fooled. I have been saying from the very beginning that an Obama administration spells trouble for the Jewish state. But not all is lost, former US Ambassador to the UN, Mr.John Bolton stated at the CPAC conference, that, “If we (Republicans) get our act together, he is a one-termer.”

The TT hopes that the Republicans do in fact get it together and send the novice packing in 2012, the question remains however, just how much damage B.Hussein Obama can create before he’s finally ousted? KGS