The Tundra Tabloids is known to enjoy a good hearty laugh, and LGF’s hatchetman, Killgore Trout, offers it in spades. 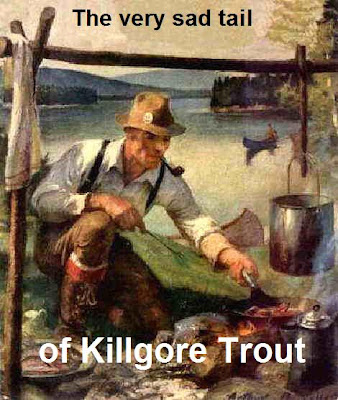 A few days ago LGF managed to, yet again, pull its pants down around its ankles and expose itself as the least intellectual weblog in the blogosphere when it comes to the counterjihad, and the people that make up the front lines in the fight against the Islamization of the West. LGF’s dissing of Geert Wilders was just another example of a website -known to shy away from intellectual thinking & discourse- that’s on its way to insignificance and eventual obscurity.

The echo chamber at LGF spearheaded by Killgore Trout, continues where Charles Johnson left off, by dumping on one of the greatest voices currently defending our rights and values in the West today. Killgore Trout: “Sadly, Geert has been headed in the wrong direction over the past year or two. I don’t expect him to change course“.

But the Trout continues with his mindless anti-intellectualism: 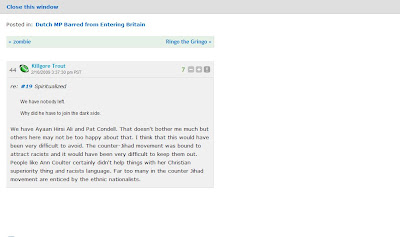 But wait a minute. Pat Condell has nothing bad to say about Dutch politician, Geert Wilders, not in the least. He might mistakenly disagree with Wilders’ call for the banning of the Koran due to not fully appreciating the fact that Wilders was speaking within the Dutch context, that has already banned books for being racist and inciteful, one of them being Mein Kampf.

By way of the Sheik, Pat Condell on the UK Wilders ban:

To date, Pat Condell has not said one negative thing about Geert Wilders, nor distancing himself from supporting him. I think that the LGF commentor “Spiritualized” says it best about LGF’s current situation: “We have nobody left.” 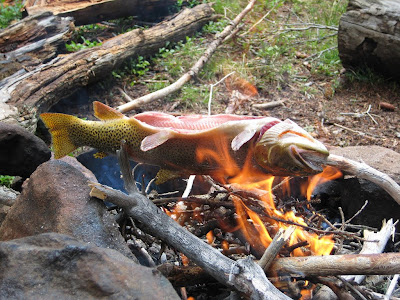