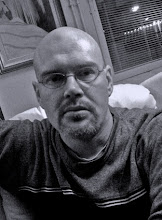 Jussi K. Niemelä, a Finnish Greens and Chairman of the Finnish Free Thinkers Society and editor in chief of “The Humanist” paper, believes that the anti-Semitic cartoon published in the Greens Party’s official paper Vihreä Lanka was justified.

The Tundra Tabloids differs greatly with Jussi Niemelä’s own understanding of the anti-Semitic cartoon, what lines it crossed, as well as the reasoning behind the drawing of the cartoon by the cartoonist himself.

Niemelä blogs that ” The situation is totally comparable to the publication of the Muhammad caricatures a few years ago. Only the injured party this time around is different. Why can’t the Israeli operation in the Gaza conflict not be compared to World War II events? After all, Muslims have been repeatedly compared to fascist and to totalitarianism. History can teach us, and therefore all can learn from it.”
It’s important to note the points that Niemelä brings up, because they are worth exploring further. First of all, the main reasons why the publication of the Mohamed cartoons cannot be compared with the cartoon in the Green Party’s publication, is that (a) the Jyllands-Posten’s decision to publish the Mo-toons was based on fact, there was indeed an atmosphere of intimidation directed towards the cartoonists themselves against drawing a picture of the Muslims’ prophet for a children’s book, and (b) it was directed at the ideology of a religion, and not directed towards a distinct people of ethnic origin.
That the cartoonist attempts to compare what the Israelis did in Gaza to what the Nazis did during the 30’s and the 40’s, removes his drawing far, very far from reality. Israel had set out from the very beginning to limit in every way the brute force of the IDF and IAF in its war against Hamas, by warning the locals through telephone calls, pamphlets and even warning shots of the approaching danger.
Comparing what Israel did in Gaza, to what the National Socialists did during its total war effort and systematical genocide of the Jews, and millions of others as well, stems from nothing more than a thinly veiled hatred of Israel. It’s what the Arabs have been using from their propaganda bag of tricks for decades, and the Greens naturally fell right into the trap of using it, because, deep down, there is more to their anger with the Jewish state than meets the eye.
Niemelä continues: “I am not saying that the extremist organization Hamas, would not be as wrong as the Israeli leadership, in the exercise of systematic demonising enemy propaganda. But the Israeli leadership has used the conflict of military force in a manner worthy of harsh criticism, just as Hamas’ activities. Two religions and nationalism are in conflict and results are horrendous.”
Just recently in Geneva at the DAVOS forum on Gaza, Israeli president Shimon Peres gave a really good accounting concerning Israel’s difficult choices vis-a-vis the Hamas’ rockets and the hypocritical world’s silence in the face of Hamas’ war crimes against Israeli civilians, and against their own people. Click the link and read what Peres said, it’s worth the effort.
Contrary to what Niemelä states, the conflict between Israel and the Arabs is not one of two competing national movements, but of one national movement (Israel) fighting a genocidal movement (Hamas) that refuses to allow the other to exist, … at all. Read the Hamas charter, they are very out in the open about their views where Israel is concerned, there is no accommodation on their part for any Jewish self determination, only the foolhardy believe that there is some kind of pragmatic side to these genocidal maniacs. The TT also ventures to add that the Fattah isn’t any better as well.
Niemelä: Art is always ambiguous, otherwise it is not art. The arts task is to raise questions, not answer them. The Greens comic is art at its best, and the issues that it raises, are extremely important. No religion, ideology or the state may not be above any criticism. It is the humanity we all need more. It is a resource that the world can never have too much of.”
The question that the Tundra Tabloids is tackling here is not art itself, which is protected under free speech, but the idea of equating Israeli policies with that of the Nazis, which the European Union describes as being anti-Semitic. This is where people like Niemelä get it all wrong. Once again, What’s in question is not protecting an ideology, or an ideology being attacked, but a people, Jews, for being compared with, and demonized as, the living example of evil on earth.
Islam however, is indeed a fascistic ideology, there are way too many examples for it to be understood as anything but. People involved in that ideology can decide either to continue following it, or leave it, but a Jew belongs to a distinct ethnic group, and therefore can never be considered as being just an ideology.
That’s where Niemelä gets it all wrong, as well as the Greens, whose editor of the paper believed it was criticizing just an ideology, when in fact it was criticizing/demonizing an entire people. Ironically, it wasn’t humanity on display in the “Vihreä Lanka” paper, but man’s inhumanity to man, in the worst possible way. KGS