Finnish president Tarja Halonen: “With me involved peace is just around the corner”.

YLE : President Tarja Halonen meets with the Israeli Ambassador and Palestinian representatives on Thursday to discuss the current strife in Gaza. Israeli Ambassador Avi Granot and Palestinian representative Nabil Awazir will hold in camera talks with President Halonen separately at her official residence. The discussions were initiated by the President. Eva Nevalainen, head of Press Relations at the President’s Office, said the President is concerned about the situation in Gaza and would like to see an immediate ceasefire. In a New Year’s address, President Halonen called for an end to the cycle of violence in Gaza, and for a resolution of the situation by way of negotiations.

That shows the actual depth of her knowledge of the conflict, it’s supposedly a “cycle of violence” that can be resolved through “negotiations”, though Hamas’ very existence depends upon a continual state of violence existing between itself and Israel. Minus all that, Hamas knows that it will lose its legitimacy as a movement. It’s something that the West has refused to come to terms with, and Tarja Halonen and those who advise her are no exception. 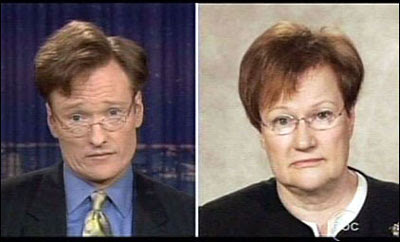 So in that respect, whether it’s Conan O’Brian or Finnish president Tarja Halonen meeting both Israeli Ambassador Avi Granot and Palestinian representative Nabil Awazir, the outcome of the talks will be the same. Either she’s trying to left her own profile internationally, (likely) or she’s as naive as the statements attributed to her. KGS NOTE: Both of these Finnish Middle East “experts”, Jaakko Hämeen-Anttila and Hannu Juusola, have great influence on Finnish politicians and on the media. 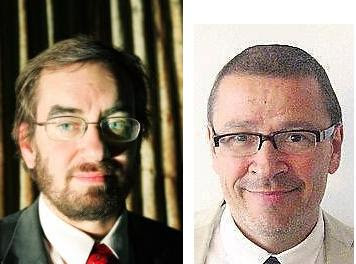 It comes then as no surprise that both of these men are heavily involved with joint Finnish – Syrian/Arab initiatives. Jaakko Hämeen-Anttila, (pictured left) professor of the Arabic language and Islamic studies at the University of Helsinki, was the first to translate the Koran into Finnish and heads the Board of the Foundation of the Finnish Institute in the Middle East (FIME). He has very strong ties in Damascus.Hannu Juusola, Lecturer on Semitic languages and culture, is also a deputy member of the board at FIME, as well as being elected as director of The Finnish Institute in Damscus (FID). He’s also written a book on the modern history of Israel, that borrows heavily from the “new historians” revisionist work from the last 20 years. Experts indeed.