Some leaders are placing the blame for the recent violence in Gaza where it really belongs, with Hamas.

Germany: Germany blames Hamas for Gaza violence
“Germany blamed Hamas on Monday for causing the outbreak of violence in the Gaza Strip and urged the Islamist movement to stop firing rockets so that Israel’s assault on the territory could end. German government spokesman Thomas Steg, speaking at a regular news conference, said that Hamas must immediately and permanently stop firing rockets (into Israel) so that the Israeli military operations can quickly end.
Germany’s support for Israel, which has in the last three days launched air strikes that have killed more than 300 Palestinians in the deadliest violence in Gaza for decades, looks stronger than that some other European countries.”
Egypt: Egypt Blames Hamas for War
In a rare expression of solidarity with Israel, Egyptian Foreign Minister came out in support of Israel’s side. He puts the responsibility of the current situation squarely on Hamas, saying the writing was on the wall. Israel and Egypt repeatedly warned that continued rocket fire would lead to military action and Hamas just didn’t listen.
Abbas/PA: Abbas blames Hamas for Israeli attacks
Palestinian president and Fatah leader Mahmoud Abbas blamed Hamas for the Israeli assault.
Speaking in Cairo following a meeting with Egyptian president Hosni Mubarak, Mr Abbas argued that if Hamas had renewed the ceasefire that expired on December 19th, Israel would not have had a pretext to mount the unprecedented attack. His statement reflected the views of Israel and the US, the principal backers of his West Bank regime, and is likely to deepen the rift between Fatah and Hamas.
But then there’s Finland… 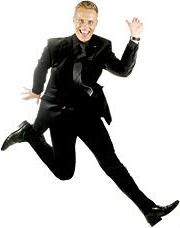 Finland: Minister Stubb on the situation in Gaza
Press release 474/200827
December, 2008
Finland condemns the escalation of violence in Gaza and urges the parties to calm down the situation. Finland is particularly worried about the rapid deterioration of the civilian living conditions in Gaza.
The Israeli air strikes have demanded a disproportionate amount of civilian victims and they must end immediately. Simultaneously Hamas and other extremist groups must immediately cease their rocket attacks. The parties must reinstate the truce without delay.