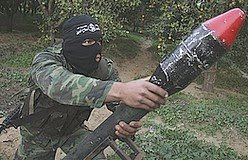 No other state in the world would be allowing aid to an enemy that it’s currently at war with. Israel has allowed for a few crossings to be opened for the transfer of aid into a hostile territory that is currently bomarding the Jewish state with rocket fire and mortar shells.

You can’t make this stuff up.

The army said the first of an expected 40 trucks have started to deliver medicine, fuel, cooking gas and other vital goods on Friday to Gaza. Israel’s Defense Ministry agreed to open the three main cargo crossings into Gaza as part of its policy of avoiding a humanitarian crisis there.

The aid was transferred through the Kerem Shalom, Nahal Oz and Karni crossings. Palestinian workers at the Gaza fuel terminal said that a limited shipment of fuel has been delivered to the main power station in the Strip.”

If it were up to the Tundra Tabloids, no further aid would be given to the Palestinians until the Arab population said “enough is enough” and rebelled against its own leadership. As long as the Arabs continue to support its genocidal leadership, they should be forced to endure the harsh realities and hard ships of their collective decision making.

While a humanitarian crisis within Gaza is not a desired outcome, neither is a situation in which people are continually rewarded for their genocidal behaviour, knowing full well that regardless of their bad choices the West will come to their rescue.

Better yet, let it be known that from now on, that the Organization of the Islamic Council and Arab League will be responsible for any or all aid being delivered to the Gaza Strip, and to the Palestinian Authority. The transfer of any such (Arab) aid will be conditional upon the behaviour of the Palestinians themselves, any or all violence would be a deal breaker that would automatically seal the borders. KGS