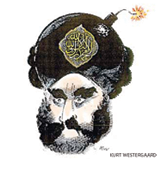 Al-Beeb: Delhi: “An explosion at a market in India’s capital, Delhi, has injured at least 12 people, local media report. The market, in the Mehrauli area, was packed with shoppers at the time of the blast and an investigation has begun. Two weeks ago, five bombs ripped through busy shopping areas in Delhi, killing at least 20 people.
Indian police say they have arrested the leader of an Islamic militant group which has claimed responsibility for recent bomb blasts in two cities. Mohammed Arif Sheikh, described as the founder of the Indian Mujahideen (IM), was arrested along with four others, Mumbai(Bombay) police said on Thursday. Nearly 50 people were killed in blasts in Ahmedabad in July.”
The Star: ” DAMASCUS–A car packed with explosives detonated on a crowded residential street Saturday, killing 17 people and wounding more than a dozen others, state-run television reported.The car was packed with 440 pounds of explosives when it blew up on Mahlak Street, shattering apartment building and car windows and twisting the roof of one car, according to footage aired on Syrian TV.
Syrian Interior Minister Bassam Abdul-Majid called the bombing a “terrorist act” and said all of the victims were civilians. He declined to say who was behind the blast. “We cannot accuse any party. There are ongoing investigations that will lead us to those who carried it out,” Abdul-Majid told state TV. The 8:45 a.m. explosion occurred in a southern neighborhood of the capital near the junction to the city’s international airport, at an intersection leading to Saydah Zeinab, a holy shrine for Shiite Muslims that is frequently visited by Iranian and Iraqi pilgrims about five miles away.