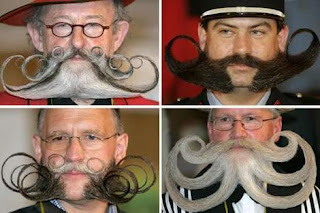 It’s a scientific fact that a fireman sporting a full beard can’t depend on a tight seal while wearing a gas or oxygen mask, it’s that simple. All fire and rescue departments have such regulations due to the risk of injury through smoke inhalation by an unprotected firefighter or rescue personnel. It’s just plain common sense.

The Washington DC fire department is demanding that a Jewish paramedic to remove his beard due to safety regulations, which are adhered to by all other employees working in the same profession.

J’lem Post: “The beard is my way of celebrating and practicing,” he explains. “The beard is making up for some of the stuff I don’t do.” So when Chasin was told that he would have to remove it to comply with fire department regulations, he didn’t take it well.

“It’s frustrating. It’s depressing also, because it doesn’t impact my job,” he says. But that’s not how the Washington DC Fire Department sees it. It considers the regulation necessary for safety reasons, and threatens those who don’t comply with dismissal.

So Chasin, along with six Muslims and Nazarene Christians, filed suit, charging that they should be accommodated on grounds of religious freedom. The District of Columbia District Court has sided with them, but the city is appealing. A hearing is scheduled for October 7.

What is frustrating is that people who should know better, don’t, they apparently can’t think past their own particular gripes, and see the wider picture. For a nominal Jew, and Nazarene Christians to take up a silly cause for exclusive rights with Muslims, who are always seeking for such a cause to rally around in order to promote their own special agendas, is highly regrettable.

I take that back, it’s highly stupid and self defeating. The guy should be told to follow the rules and regulations that are enforced for the safety of all, his beard is not as important as someone’s life. If he continues to deem his beard as more important, he should find a new profession. Period. KGS