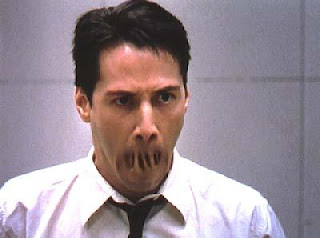 When will the followers of Mo learn, and then teach, that criticism (good and bad) is actually a good thing to have to deal with? Having one’s opinions and beliefs tested by others (inside and out) for the soundness of its logic and reason, will in the end produce more thoughtful introspection.
The likely result from such healthy exchanges over the long haul, will be the development of both the individual and the group within that belief system, in a more positive direction.
Only those who feel that their belief system is at risk by being challenged and criticised, will resort to intimidation of those who appear to be “upsetting the apple cart”. Think about the logic of it all.
Either your ideas and belief system are strong enough to withstand the tougher questions, regardless of the difficulties in answering and getting your message across, or they are feeble, standing on shaky ground, and can exist in an enviorment free of critical thought. How can anyone hope to develope in such an enviorement? Well the OIC thinks otherwise, that’s why they’re hell bent in getting the UN to make it a matter of policy that any criticism of Islam is a default act of “Islamophobia”. Just how long will the Muslim and non-Muslim world tolerate this kind of high handed tomfoolery?
Ynet: “Why is it not ok to air a documentary, as delusional as it may be, about any kind of connection between Islam and violence? The two main arguments presented by Ahmad Tibi, for example, are as follows: Firstly, this would be playing with fire; secondly, this would be a racist claim by a racist film. There is nothing new about these arguments, and there is nothing new about the amusing contradictions inherent in them.
If we translate the first argument to crude language, it will sound something like this: “Hey, are you saying I’m violent? If say it one more time, I’ll break your bones.”
Or in other words, anyone who dares refer to the fact that some of the acts of violence here and abroad are committed by followers of the same religion, encouraged by the religious clerics of that same religion, and are accompanied the central mantra of that same religion, and that all of this is no coincidence – well, anyone who says that risks the possibility of setting off a highly violent response by the masses, who by coincidence just happens to believe in that same religion (which they nonetheless claim is nothing but praise for tolerance, tenderness, restraint, and love for humanity and nature.)
I’m joking, of course, because the only other option except for a little humor is great fear. For years now, the West has refrained from touching the pressure cooker in its backyard. In the name of tolerance and political correctness, but mostly in the name of terrible fears, everyone is tastefully keeping silent, whistling in the darkness, and not saying the obvious.”
One point in the op-ed where the TT believes the author is very mistaken, is that, it’s not delusional to connect violence and Islam. On the contrary, it’s an intregal part to the promotion and sustaining of Islam as political, social, economic, religious and military system.
The mantra that Islam is just a “religion of peace”…is just wishful thinking or down right obfuscation of the truth. While there are undoubtedly peaceful Muslims and peaceful Muslim communities around the world, there is no such thing as a peaceful Islam. It just doesn’t exist, it’s the elusive unicorn. Read more here. KGS