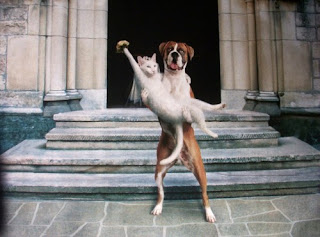 File this under “you can’t make this crap up even if you tried”.
In an attempt to further regulate the lives of its citizens, the Saudi Arabian capital has now banned all sales of cats and dogs in the capital city of Riyadh. It is hoped that the ban will put an end to the use of pets as a means to strike up converstations with the opposite sex.
Fox News: “The prohibition went into effect on Wednesday in the Saudi capital, Riyadh, and authorities in the city say they will strictly enforce it — unlike previous such bans in the cities of Mecca and Jiddah, which have been ignored and failed to stop sales.
The commission’s general manager, Othman al-Othman, said the ban was ordered because of what he called “the rising of phenomenon of men using cats and dogs to make passes at women and pester families” as well as “violating proper behavior in public squares and malls.”
“If a man is caught with a pet, the pet will be immediately confiscated and the man will be forced to sign a document pledging not to repeat the act,” al-Othman told the Al-Hayat newspaper. “If he does, he will be referred to authorities.”

The Saudi-owned Al-Hayat announced the ban in its Wednesday edition, saying it was ordered by the acting governor of Riyadh province, Prince Sattam, based on an edit from the Council of Senior Islamic Scholars and several religious police reports of pet owners harassing women and families.”

What a fun place to live, all of the Islam-O-apologists should be forced to live there! More here. *L* KGS