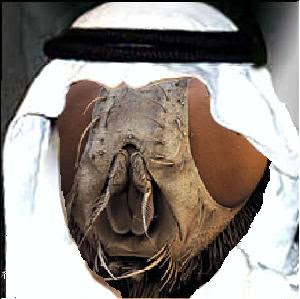 There is an email currently circulating around Egypt, promoting the “good side” of using the hijab and niqab by Egyptian women. The flip side to this, is that it devalues the male as being nothing more than fly that hovers around a sweet.

As the Sheik notes, it’s nothing more than “a variation on the ‘Catmeat’ Theme“, in which a Sydney-based Sheik, Taj Din al-Hilali, compared women being raped to cat meat.

“In the religious address on adultery to about 500 worshippers in Sydney last month, Sheik Hilali said:

“The uncovered meat is the problem.” The sheik then said: “If she was in her room, in her home, in her hijab, no problem would have occurred.”

Now fast forward it to the present day, and see how the gradual procession from the “harmless” scarf to the “eyes viewable only” niqab takes place. The Islamists paint a picture of virtue and morality for women, while at the same time depicting men as impossible sexual deviants that must be denied even a hint of woman’s bare skin, or they’ll immediately revert into their sexual predator’s mode and go on the prowl.

Now perhaps in the Arab-Muslim world -due to religious/societal brainwashing- men have been programmed to believe that an uncovered woman is a tramp and by default, worthy of her own rape, because,… she deserved it you know! So the Islamists offer the cure, cover up, with the scarf just being the thin side to an even larger Islamist wedge.

It’s for their own protection they tell you! 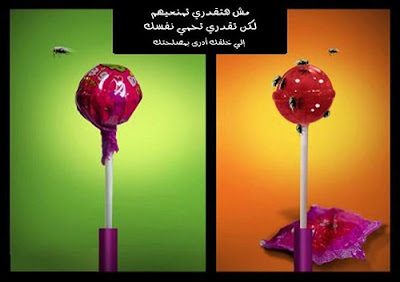 Caption: “You can’t stop them. But you can protect yourself. Your creator has your best interests at heart.”
Comment by Hugh Fitzgerald: “Yep. The uncontrollable Islamic men. They just have that barbaric and violent urge to rape women and blow up infidels. To which the blame always lies on the women and the infidels, after which we are led to believe that the Koran and Islamic doctrine have nothing to do with it.” Fitzgerald is right, and if I were a Muslim male, I would be very insulted by such an email message that is steeped in Islamic teaching, and to think that the Islamists believe that it’s the women who are the weaker of the two. Maybe if the men were forced to cover up then that would reflect the true nature of things, ….according to Islamic thinking that is. HAHAHAHA *L* KGS