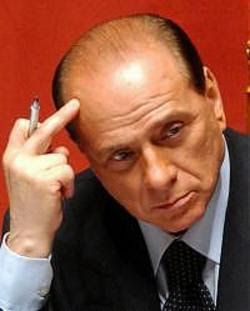 Thanks Berlusconi, but no thanks. They just don’t get it do they? No matter how sympathetic or well meaning they may be, it is only the rare politician that actually understands the nature of enemy Israel is fighting.

ANSAmed – ROME, JUNE 4 – “We have to take into account that Israel feels itself under siege, threatened by a leader of a country” which could obtain nuclear weapons, Italian Prime Minister Silvio Berlusconi told a news conference in Villa Madama with Egyptian President Hosni Mubarak, speaking of the difficulties of the peace process in the Middle East. “The more Israel feels assured, the more we Europeans can persuade the Jewish state to concessions to the Palestinians,” Berlusconi pointed out, reminding the importance of Egypt’s role and of Mubarak himself as a factor of moderation in the complicated Middle Eastern region. “We can do much on the diplomatic field,” Berlusconi continued. “Italy has always been politically close to Israel, but has also always had relations of dialogue and friendship with the Arab states, especially with those lying on the Mediterranean.” 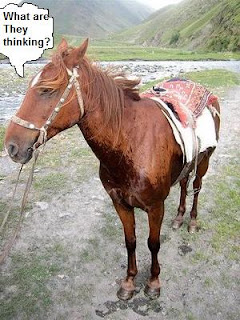 They will always look to Israel as the only one who is able to offer up the badly needed “concessions”, and never mind the Arabs. As well meaning as Berlusconi is, -and I do believe that the man is a friend of Israel- there is nonetheless the all too familiar “saddled thinking” policy of “less Israel will always equal more peace”, but it’s just not a rational option. It’s paramount for those who hope for a future peace between the two sides to completely understand the mindset of the Palestinians, and factor that into any policy making vis-a-vis the Arab/Israeli conflict. Expecting (or demanding) Israeli concessions to be the “linchpin” that will unleash a new round of hope for peace between the two sides, is simply akin to tossing Israel under a bus. One day when a future Palestinian entity emerges that has completely renounced, in word and in deed, any further hostilities with Israel, and that the war with Israel has truly ended with a “greater Palestine” no longer being a goal, then there will be peace. Land will be exchanged, signed agreements will be made and new era ushered in, at least that’s the hope of the Israelis as well as the hope of many other pro-Israel well wishers, the Tundra Tabloids included. But putting the cart before the horse is not going to lead to any long term peace between the two sides. That’s as realistic of a view of the situation as it gets. *L* KGS