In today’s edition of the Helsingin Sanomat, columnist Olli Kivinen criticizes in an article (subscription only) the UN’s ineffectiveness, and the need for the EU to obtain a larger role within that body. But Kivinen also goes on to incorrectly mention the US’s veto power -that has helped save Israel from bad, heavily politicized resolutions- as an example of UNSC’s veto power wielding members frustrating the resolve of international community. The only portion in the column which the Tundra Tabloids could possibly agree with, actually had some good sense behind it:
“Toiseksi, ratkaisematta on edelleen kysymys, onko YK korjattavissa vai täytyykö sen sijalle jossakin vaiheessa luoda paremmilla säännöillä toimiva järjestö. / For the moment, the question unsolved is whether the UN should be repaired or replaced at some phase with a working organization with better rules.” 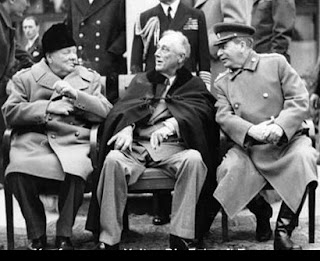 Actually, the present day problems with the UN are a direct result of the decision by that “new” world body after WWII, to include non-democratic states as members with one equal vote apiece. What has happened ever since that time -especially during the Cold War period and afterwards- has been one miserable example of international malfeasance after the other.

It’s of course undeniable that democratic states within the UN have sought to protect their own self interests, but I believe that it’s a misguided notion to assume that their actions could somehow be the moral equivalent of what autocracies and dictatorships have done within the various UN governmental organs, UNSC, GA, UNHRC over the period of time.

The example given of UNSC members using their veto power to protect their own self interests, only works so far. The fact of the matter is, it’s not only the UNSC veto members, but the 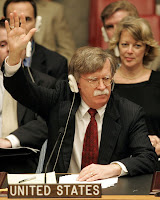 UNSC’s other non-veto members, as well as the General Assembly that are still very much wrapped up in Cold war thinking. Former US Ambassador to the UN, John Bolton has said as much.

It is the non-democratic states that are represented in that world body, whose numbers are reflected in the Non-Aligned-Movement (NAM) as well as in the Organization of Islamic Conference (OIC), that keep the UN bottled up in Cold War thinking. Making the UNSC “more democratic” in the UNSC will only serve the interests of these non-democratic states who will most certainly demand greater roles within the UN, most notably as veto power members within the UNSC. How can this scenario be obverted, if these non-dem states have been so successful thus far in filling up the seats on the “new and improved” (but actually defunct) Human Rights Council and as non-veto members of the UNSC? Using as an example the US’s veto power to help stave off unwarranted, and highly politicized measures crafted against Israel, time and again by the OIC and NAM member states….as proof of the ineffectiveness of the UNSC, was not correct. What should be focused on, is the Cold War thinking of these voting blocks within the UN, who work actively against human rights issues, target our fellow democracies with superfluous measures for political gain, which in the end, only help to frustrate international resolve.China’s protection of the Sudanese genocidal government for oil, cannot be compared to the US’s veto protection power of Israel, who has time and again vetoed measures leveled against Israel, solely because of the gross imbalance in the resolution, which always refrains from mentioning the “other” party in the fighting, choosing instead to mention only Israel. This kind of Cold War Thinking is what goes to the heart of the problem at the UN, which is now paying the price of having admitted non-democratic states into the club with equal voting rights, in the GA as well as the UNSC. That’s the key problem at the UN. Kivinen would also like to see the EU have a greater role at the UN, with possibly securing a permanent member seat for itself at the Security Council. But in order for that to happen, it would have to succeed in its ongoing project at becoming a federalized supra-state with full sovereignty in order to achieve a permanent seat in the UNSC.

The fact that the EU is becoming more and more undemocratic as it grows in size, as well as incorporating its internal laws and regulations to accommodate the demands of the non-democratic Muslim Middle-East and Northern Africa, would in the opinion of the TT, automatically exclude it from any major role within the present UN, or in any other new and improved world organization that would replace the former.

The key to maintaining world peace and stability, is for any future United League of Democratic Nations to raise the bar of membership so high, that the only way for a state to enjoy the status and privileges that such an organization would afford, is to fully democratize itself and join the family of civil society. It’s the only way forward, it’s just a shame that the EU is moving in the wrong direction. *L* KGSUPDATE: The Baron is running a post with a video of MEP Bonde that exposes the EU Lisbon Treaty Constitution for what it really is.