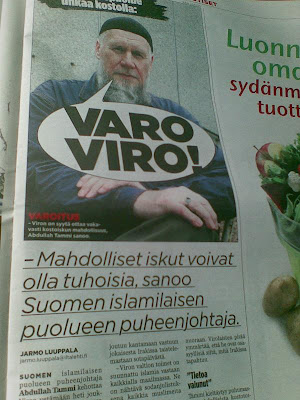 ‘Possible strikes would be destructive, says Finnish Islamic Party spokesman’.
No doubt that the Finnish National Bureau of Investigation will be looking more closely at the Finnish Islamic Party after its spokesman Abdullah Tammi made his veiled threats at the Estonian government, or at least they should be looking more closely. I’m sure that the Estonian government is seeking cooperation from Finland to help assess the situation, and given the history of solid cooperation between the two states, they are busy keeping an eye on things.
As of yet, there hasn’t been any statements of condemnation uttered from any of the spokesmen from the other Islamic institutions in Finland, over the threats issued by the FIP. If any of the TT’s Finnish readers come across such welcome statements, please pass that information to the TT, and you’ll be duly mentioned. As of right now, we are just waiting for those statements of condemnation….tick tock tick tock. *L* KGS
A special thanks to the Tundra Tabloids good friend Vasrahammer for the pic, his blog comes highly recommended!
NOTE: Vasarahammer reminds us on his blog (in Finnish) that Abdullah Tammi had earlier praised the Taliban in Afghanistan, as well as the Islamic Courts in Somalia for bringing order to their societies.
That’s the type of “religious awakening” Tammi and ilk would love to bring to Finland. 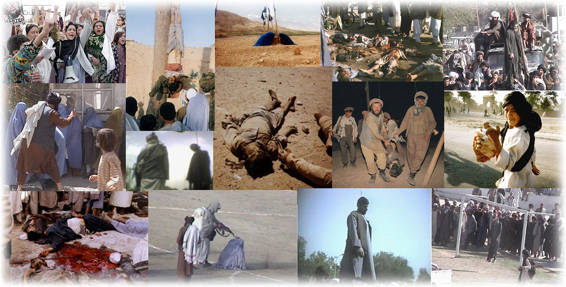 For more about the Taliban and their murderous rule click here.