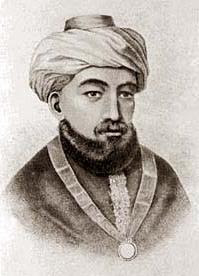 Dr.Andrew Bostom has an excellent post up concerning a couple of press releases he received from Dr. Akbar Ahmed of American University. The press releases stated a renewed interest in exploring the common bonds that exist between Judaism and Islam, with the hope of finding some common ground for a badly needed “dialogue” between leaders of the two faiths.

Whenever coming across the word “dialogue” in relation to any kind of verbal exchange with members of the Islamic faith, one must remember that most of these Muslim religious leaders tend to use “dialogue” as means of securing for itself, more rights or for a better position for the Mohammedan faith at the expense of the “other.”

Since Islam views Jews and Christians as “people of the book”, -who have corrupted their own scriptures and must “revert back to Islam”- they do not view any of the leaders of these two faiths to be on any kind of equal footing with the religious leaders of Islam. There might be some flowery talk of “common religious heritage” and of being very similar in some religious practices, but it’s just that, flowery talk, that’s meant to dispel any kind of apprehension and uncertainty “the other” might have.

The only time Islam’s true face is shown about how it truly feels about other Abrahamic faiths, is when they speak in their mosques to the Muslim faithful, or when they remain silent to the calls of jihad by the radicals against the infidel, using violent portions of the Qur’an to give their battle cry legitimacy. Bostom offers some excellent reasons that show our present day non-Muslim religious leadership haven’t learned from history, and are setting themselves up to repeat the same mistakes all over again, with Tariq Ramadan leading the way.

Bostom: Almost 850 years ago, elaborating on the depth of Muslim hatred for the Jews in his era (contra the deceitful allusions of the “dialogue” letter), Maimonides (pictured left) made this profound observation regarding the Jewish predilection for denial, a feature that he insists will hasten their destruction.

Maimonides: We have acquiesced, both old and young, to inure ourselves to humiliation…All this notwithstanding, we do not escape this continued maltreatment [by Muslims] which well nigh crushes us. No matter how much we suffer and elect to remain at peace with them, they stir up strife and sedition.