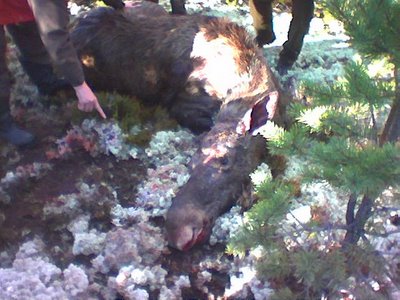 This picture, taken in the western portion of Finland called “Pohjanmaa”, near the town of Kurikka, was the scene of some serious hunting, which ended in 19 moose being bagged. 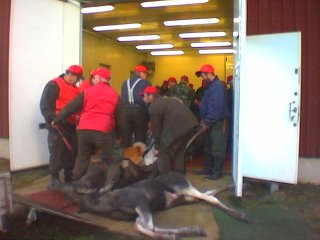 I can only hope that the fight against Islamist Extremism is as successful as the Finnish hunting lodge’s efforts in far away Pohjanmaa. That nineteen “tree chomping” varmints are no longer walking the Finnish forests in and around Kurikka, is good news for the forest property owners who receive revenue from the occasional sale of lumber.

Moose love fresh saplings, and as a consequence destroy a lot of future income, as well as landing through the front windows of passing cars on Finnish motorways.

This is all a good reason as to why they need to be removed from the land of the living, (or at least a portion of them) and into the freezer. KGS 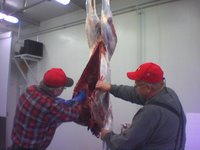